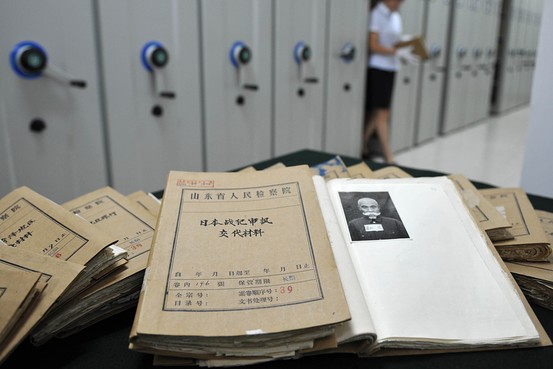 As Beijing works to fortify control of popular and new media with fresh regulations, Shanghai-based historian Maura Cunningham writes about how China’s historical archives are becoming increasingly difficult for scholars to access under the Xi administration. From China Real Time:

Over the past few years, historians of China have grown increasingly worried about changes they’ve seen at Chinese archives that threaten to impede understanding of China at a time when such understanding is taking on a growing importance. Many archives in mainland China have been tightening access and imposing new restrictions on scholars, which can make conducting academic research in China a time-consuming and frustrating experience.

At the Dissertation Reviews website, which provides information about archival access in countries around the world, students of Chinese history have written in to warn fellow scholars about new regulations that make navigating the archives trickier than before. The Shanghai Municipal Archives (SMA) is now enforcing a long-ignored requirement that foreign researchers affiliate with and present a letter of introduction from a Chinese university or research institute when registering at the archives. While that may seem like a reasonable and minor bureaucratic requirement, securing such an affiliation can be both onerous and expensive (the Shanghai Academy of Social Sciences, where I’ve been a visiting scholar for nearly two years, charges me a hefty “administrative fee” every month for this affiliation).

The SMA has also stopped allowing researchers to photocopy paper documents. It still permits the printing of files that are digitized or on microfilm, but archivists have discretion in approving printing requests.

[…] By restricting access, will China get the history it wants? That’s doubtful. Scholars might adjust their research projects to deal with the new conditions, but few will abandon them and pick up topics more likely to be acceptable to the Chinese government. That’s simply not how Western historians work. If anything, limiting archival access and offering vague explanations for why – particularly at a time when scholars and students around the world are more interested in China than ever – is likely to reinforce the cynicism toward Beijing that China’s leaders find so disagreeable. [Source]

Cunningham also notes that while many documents are becoming less accessible, the cache of information about Japanese wartime atrocities in China are becoming larger and easier to reach. Beijing has been known to evoke lingering sentiment about the Second Sino-Japanese War to distract from sensitive issues; state media recently mounted an attack on cartoonist Rebel Pepper for social media posts expressing sympathy for Japan after he published a cartoon mocking pro-Beijing protesters in Hong Kong.

For more on the state control of history, read about Beijing’s efforts to use mythology in promoting ethnic cohesion in restive western regions, or the 25-year running campaign to suppress the memory of June 4, 1989.