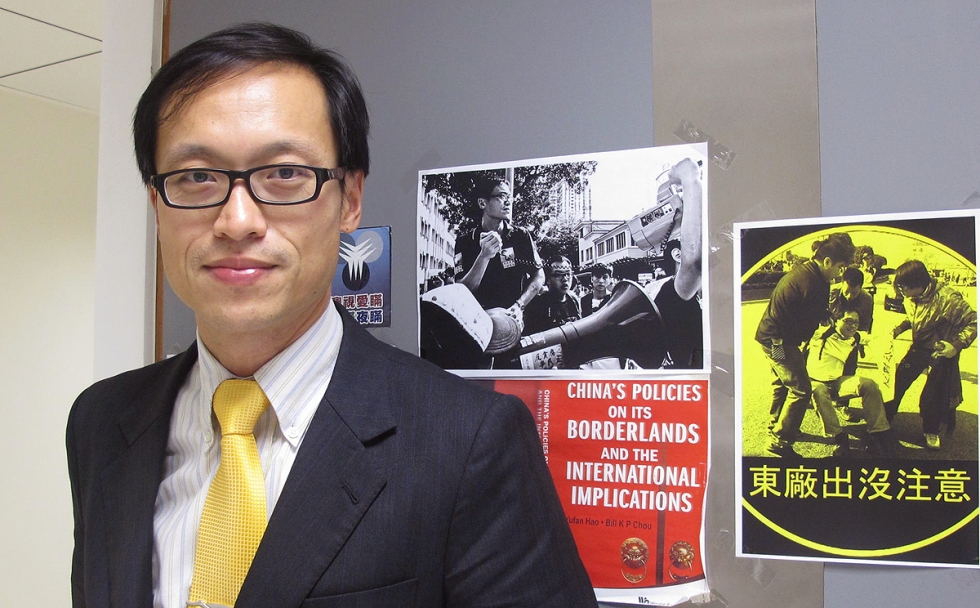 Bill Chou Kwok-ping, an associate professor of political science at the University of Macau, believes that the university refused to renew his contract due to his pro-democracy political activism. Raquel Carvalho at South China Morning Post reports:

A University of Macau academic suspended for “imposing his political beliefs” on students will not have his contract renewed and will leave his post at the end of the month.

[…] “It is related to my social activism, I believe. It is for political reasons and not because of my performance,” Chou said. “My teaching performance is improving. I was even promoted in 2011 to associate professor.”

[…] Chou has joined a series of protests since 2012, advocating press freedom and universal suffrage and criticising government policies to the media. He was elected vice-president of the New Macau Association in June.

Although he knew his activism could harm his career, Chou said he only realised his job might be at risk late last year. The university opened disciplinary proceedings in November over accusations he imposed his views on students. Chou said he was also accused of discriminating against students and disobeying his superiors. [Source]

Chou’s dismissal follows that of Eric Sautedé, who lost his job at private Catholic university. Their cases are raising concerns about academic freedom in the Chinese territory. From Austin Ramzy at The New York Times:

Another professor in Macau, Eric Sautedé of the University of St. Joseph, a private Catholic institution, was dismissed from his position in June because of his commentary on local politics, according to the local news media.

“There has been an organized persecution of scholars,” said Jason Chao, a pro-democracy activist in Macau.

[…] “Macau’s academic freedom is becoming less and less,” Professor Chou said. “The government is going to this trouble to silence outspoken academics who are critical of the government.” [Source]

Also see CDT coverage of the ousting of Xia Yeliang, a dissident and economist, from his academic post at Peking University.