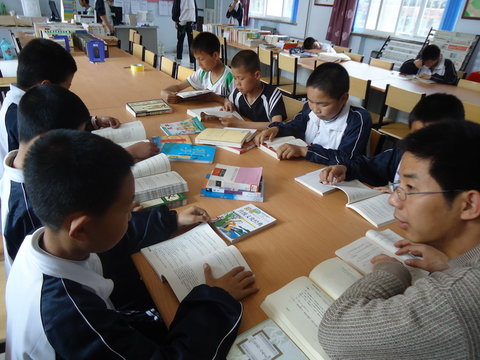 China Rural Library, a grass-roots non-profit group promoting literacy and education in China’s countryside, has ceased operation under pressure from local authorities. Many of the organization’s libraries had already been shut down this year, with news of the closures promptly censored. Vanessa Piao at The New York Times reports:

Since 2007, Liren — which means helping someone find his way — had devoted itself to providing children in underprivileged areas with free access to books and fostering independent thinking. Its founder, Li Yingqiang, who studied economics at Peking University, had started by building a library in his own former school in Hubei Province. From there, the group formed partnerships with other primary and secondary schools, donating books and sending volunteers to help run libraries and organize reading sessions for students. Some Liren libraries that did not have partnerships with local schools were run by volunteers from private premises.

In an open letter posted last week on its social media accounts, the group said it had ceased operations at nine libraries in early September, in most cases after rural schools terminated their partnerships. In one case, a library run by a volunteer from his home in Huaibin County, Henan Province was shut down by the local civil affairs department, which the group said did not give a reason for its actions.

[…] In their online letter, which was posted Thursday night, the group said: “We condemn the authorities for putting tremendous pressure on Liren, shutting down our branches, illegally seizing books, and threatening or even sending away our staffers and volunteers,” the letter read. The organization had 28 staff members and volunteers before it shut down. [Source]