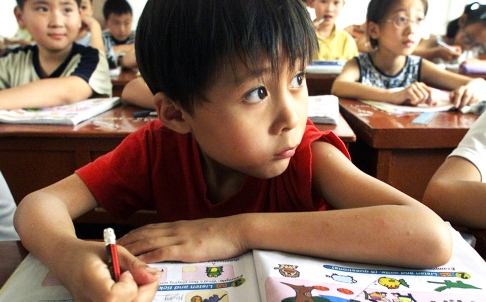 The South China Morning Post reports that recent discoveries of sex offenders working in Chinese foreign language training schools were one issue that prompted the Beijing municipal government to raise hiring standards for foreigners working in the city:

Beijing has issued new guidelines calling for stricter scrutiny of foreigners working in the capital – especially teachers from abroad – after child sex scandals in Beijing and Nanjing last year.

Mainland officials called for closer supervision in April last year after two foreigners – one with a criminal record for child pornography and the other on the run from child-sex charges – were found to have obtained jobs as English teachers.

The new guidelines, expected to come into force on October 31, will require all candidates to face suitability checks.

People will also need to have more than five years of teaching experience before working in the city’s institutions and schools.

A separate article from the South China Morning Post outlines the findings of an independent investigation conducted by the paper, in which they discovered just how low the bar was for English teachers at many Beijing institutions:

The mainland is a huge market for English language teaching. According to the Ministry of Education, about 360 million students learned English in some capacity last year.

There are some 50,000 schools or institutes, ranging from night schools to private schools teaching the language, and the market is estimated to be worth about 30 billion yuan (HK$38 billion) a year, according to a China News Service report.

The insatiable demand for English language tuition had made finding a job for most native speakers, particularly those with white skin, little more than a formality.

[…] Armed only with a basic résumé, a Post reporter walked in to a language school in a modern, high-rise building in Beijing’s central business district. The reporter was immediately asked to register as a teacher at the school without an interview or further questioning.

Classes comprised either young children aged three to five, or young adults, the head of the school said. Asked whether a work visa or background checks were required, the school said they were not necessary. […] [Source]