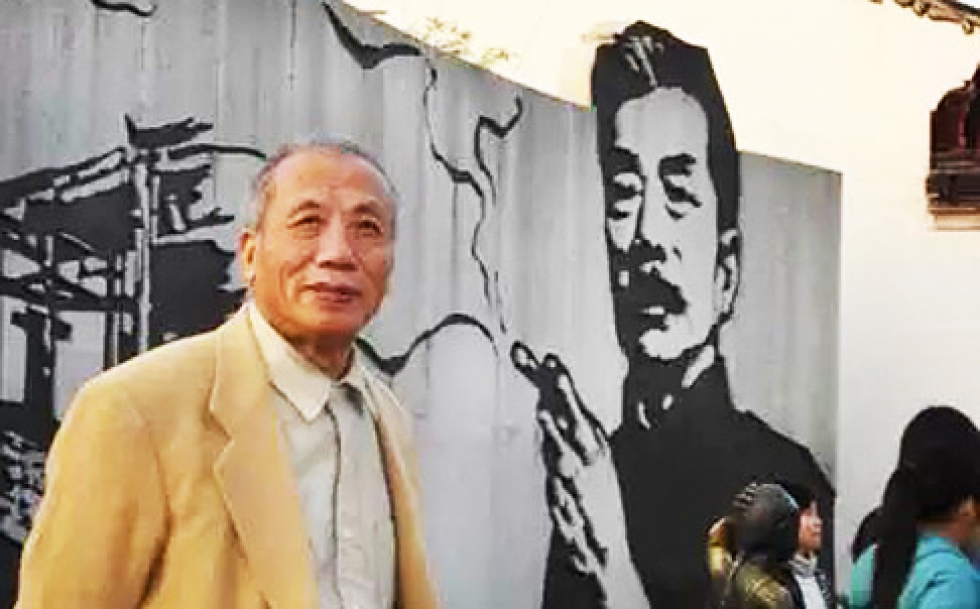 Writer Huang Zerong, also known by the pen name Tie Liu, has been officially charged by Chinese authorities for criticizing the Chinese government and publishing the memoirs of some who suffered under Mao Zedong. The 81-year-old, who has been detained since September, may face up to seven years in prison. Chris Buckley at The New York Times reports:

Ms. Ren [Tie’s wife] said the police visited her on Thursday to tell her that Mr. Tie had been formally arrested on two crimes: illegal business activities and “creating a disturbance.” She and his lawyer, Liu Xiaoyuan, said questions the police had directed at her, Mr. Tie and others showed that the first charge was based on his work publishing the memoirs of people who, like him, were purged as “rightist” enemies of the party from 1957 on, after Mao had invited criticism, and then, stung by the depth of discontent, turned on his critics.

For years, Mr. Tie has published those memoirs, often handwritten accounts of the years the rightists endured in labor camps as political pariahs, in compilations printed in the hundreds and shared among survivors and scholars. Chinese authorities heavily censor accounts of the past, and the memoirs could never have been published officially. But for years, the police ignored Mr. Tie’s home publishing, even leafing through copies when officers made one of their regular visits, Ms. Ren said. (Like other politically outspoken citizens, Mr. Tie was under watch by the police.)

“This was for their own private use,” said Ms. Ren, referring to the recipients of the memoirs, printed cheaply with plain covers. “It wasn’t to make a profit, so the illegal-business crime doesn’t make sense. He lost money from it.” [Source]

A Hainan court rejected similar reasoning in the 2012 trial of environmentalist Liu Futang for unlicensed publishing. Read more about Tie Liu, via CDT.