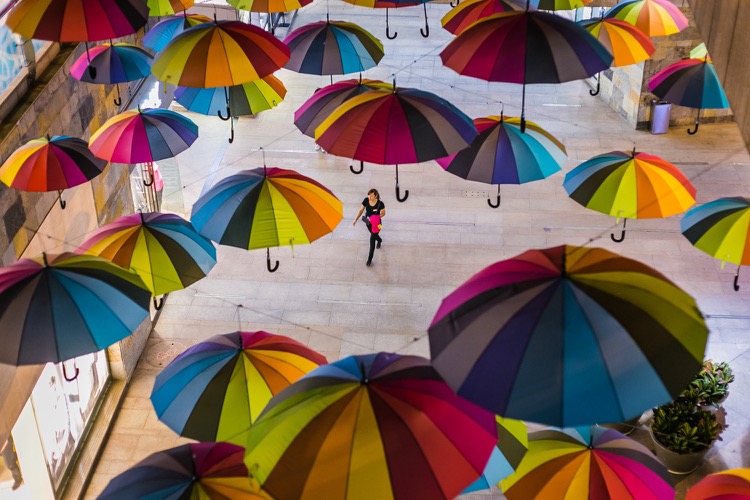 Since Occupy Central and student protesters began their ongoing round of demonstrations nearly six weeks ago, Hong Kong and central Chinese authorities (via state media) have consistently sought to blame “foreign forces” for instigating the pro-democracy protests in the semiautonomous Chinese territory. Former Hong Kong lawmaker and founding chairman of the Hong Kong Democratic Party Martin Lee, himself the target of similar state media attacks, denies these allegations. From Echo Hui at the LA Times:

Cina’s attempt to blame U.S. and other “foreign forces” for Hong Kong’s protests is merely a “convenient excuse” for Beijing to cover its shame for not granting the territory true democracy as it once promised, said Martin Lee, founding chairman of Hong Kong’s Democratic Party.

[…] Lee, founder of one of Hong Kong’s largest political parties, has been singled out by China’s Communist Party for allegedly inviting outside interference in the territory’s affairs. In April, the U.S. Congress revived an annual report on political developments in Hong Kong following a plea by Lee and former Chief Secretary Anson Chan. They have since been condemned in China’s state-run media as “betraying” Hong Kong with their move.

[…] In an interview with The Times, Lee said he did travel overseas frequently to met with government officials, lawmakers, the media and Chinese communities. But he said that his message has always been defending Hong Kong’s core values and that he never accepts financial support from abroad.

“I never ask for money,” said Lee, “and even if they offer, which they haven’t, I won’t touch it. Because I know, once I touch it, they will use it against us.” [Source]

Beijing has also found a “convenient” target in the quest to paint a picture of foreign interference is Mark Simon, the American aide to Jimmy Lai, a pro-democracy Hong Kong media magnate with few fans in Beijing. While Beijing has tried to cast Simon as a villain since at least 2011, state media has alleged his CIA connection during the ongoing protests. Simon denies claims that he’s a spy, defends his boss, and contests that the U.S. has any interest in meddling in Hong Kong. Greg Torode reports for Reuters:

Mark Simon, the right-hand man of pro-democracy newspaper magnate Jimmy Lai, has moved his family out of Hong Kong for safety and has been pressed to deny that he is a U.S. spy.

[…] Large, loud and avowedly Republican, the 50-year-old has been portrayed across pro-Beijing media as a CIA agent – a charge also thrown at student protest leader Joshua Wong and an independent academic pollster, Robert Chung.

He’s also a proud Catholic – something that links him to Lai and many other prominent figures in the Hong Kong democracy struggle.

Simon described Lai as an instinctive backer of underdogs rather than an “egotist” who believes that he will single-handedly change China. […] [Source]

In August, Simon and Lai both had their homes raided in a graft investigation. A report from Quartz also mentions that pro-Beijing lawmakers in Hong Kong have called for an investigation into the funding of the Umbrella Movement, and that churches who have been supporting the movement are suspect.

Yet another Hong Kong-based American has also been labeled a spy by official media. The New York Times’ Chris Buckley profiles City University of Hong Kong graduate student and photographer Dan Garrett and allegations against him:

Dan Garrett, a gnarled, tattooed former Pentagon intelligence analyst, has attracted more stares than usual lately when he prowls the streets here with a camera fitted with a 300-millimeter lens, snapping images of pro-democracy demonstrations, signs and stickers.

[…] Pro-Beijing newspapers and politicians here, as well as mainland Chinese news media, have said he is [a spy], and have made him a prime exhibit in their allegations of a Western conspiracy behind the city’s political tumult.

Citing his professed past working for United States intelligence agencies, they have said Mr. Garrett has engaged in Washington-sponsored subversion, seeking to kindle a revolt against the Chinese Communist Party. The claim is part of the effort by Chinese officials and state-controlled news media to discredit Hong Kong’s pro-democracy movement as an insurrection ignited from abroad.

[…] Mr. Garrett, 47, a graduate student who favors shorts, sandals and a T-shirt, says he is vexed. “This is weird at several different levels,” he said. “I am not James Bond.” [Source]

Last week, the BBC printed an article by Newsnight correspondent Laura Kuenssburg suggesting that Hong Kong pro-democracy activists had been secretly trained at the Oslo Freedom Foundation, a claim that lent credibility to government allegations of foreign support; unsurprisingly, this week, China’s state media spread news from the BBC report. After Occupy Central denied the report’s allegations, China-journalists took Kuenssburg to task for inaccuracies on Twitter, and Change.org launched an online petition calling for the BBC to retract its report, an amendment was added to the online article. Kuenssburg’s Newsnight video report, which also suggests that Hong Kong activists received training from and are in close contact with the Oslo Freedom Forum, remains online without further clarification.

For an in-depth debunking of claims that foreign forces are fueling unrest on the streets of Hong Kong, see a post at Victoria Hui’s Umbrella Movement blog.