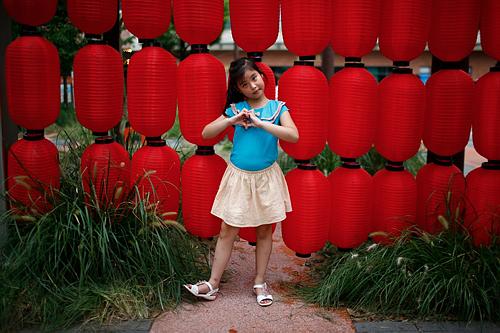 China’s family planning policy, better known in the West as the one-child policy, was enacted in 1979 to address the social, environmental, and economic problems looming over the country’s massive population. While the policy successfully averted between 200 and 400 million births in its first 30 years, it also brought much demographic distress, contributing to the country’s gender imbalance and dangerously top-heavy population pyramid, not to mention creating a generation of spoiled “little emperors” and a controversial opportunity for local governments to profit. Last year, a major relaxation of the policy was announced, and reform is now being rolled out on the provincial level.

Reuters’ Carlos Barria has compiled a photography collection of one only child to represent each of the 35 years since the policy’s launch. In a print article, Barria relays quotes from some of his subjects:

Zhang Bowen, born in 1985, said modern life in China presented double stress – as an only child, he alone is responsible for the welfare of his wife and child and his parents.

“I would like to have had a sister or a brother,” he said. “Because I would have felt less lonely when I was growing up … As your parents get older, it would be good to have brothers and sisters to share the responsibilities.”

While taking pictures of children and their parents, some were very shy, as though not used to company, while others jumped into poses straight away, as if they were used to hamming it up for the camera. One child born in 2008, without any encouragement, immediately started doing kung fu moves.

“I don’t want to have older brothers or sisters or younger ones either, because I don’t want them to mess up all the things in the house,” he said.

One girl, born in 2009, has all her toys stacked up in the living room, dominating the family space.

Click through to see a collection go Barria’s photography. Also see Barria describing the project in a video for Reuters: