“We Are Not Robots,” Say Striking Foxconn Workers 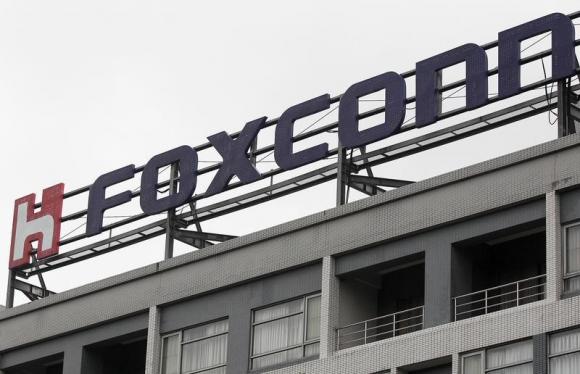 Reuters’ Paul Carsten reports that over 1,000 workers at a Foxconn factory in Chongqing went on strike on Wednesday after reduced production orders cut opportunities for overtime.

The workers held the strike at the factory run by Foxconn, Hon Hai’s trade name, in the southwestern city of Chongqing on Wednesday, after the company “significantly” cut workers’ overtime hours in the wake of reduced orders from client Hewlett-Packard Co (HP), said U.S.-based China Labor Watch (CLW).

[…] CLW said it was the second strike this year at the same factory related to HP production cuts. HP also declined to provide immediate comment.

[…] Hon Hai has come under fire from labour groups before, particularly in China where many of its production facilities are located. Worker’s deaths have been closely scrutinised and reported following a spate of employee suicides in China in 2010. [Source]

In addition to cuts in overtime, the Foxconn workers’ grievances include increased workloads and the management’s reluctance to pay severance fees. From Lorraine Luk and Chun Han Wong at The Wall Street Journal:

Management “continuously increased production volumes, and even required individual workers to take on tasks that used to require two workers to handle. The increase in workload wasn’t compensated,” said one worker who declined to be named. He said he participated in the strike.

“Some workers are not happy because the company (Foxconn) has reduced overtime hours, a key component of their salaries,” after H-P HPQ, -0.06%  cut orders, said a Foxconn official who declined to be named. Workers also demanded the resignation of the factory manager, he said. Also, the company had tried to lay off some workers without paying severance, the official added. [Source]

On Thursday, Foxconn announced in a statement that it had resolved the protest .

The strikers reportedly held banners declaring that “we are not robots.” Their successors, though, might be. At Tech in Asia, C. Custer looks at why a growing number of companies in China are choosing to automate production:

Industrial robots aren’t cheap, of course, and integrating them into a factory can be a lot of work. But more and more Chinese manufacturers are bringing in robots because of the problems with the human workforce. There are, according to Huayang Multimedia Electronics company VP Luo Mingdeng, three core issues with China’s industrial labor force right now: “recruiting workers is hard, paying workers is expensive, worker overflow is excessive.”

The decrease in young people looking for manufacturing jobs, in concert with the rise of China’s manufacturing sector, is responsible for the first and third issues. Because the workforce isn’t large enough to satisfactorily meet the demands of every factory, recruiting workers is difficult. Companies have to compete to attract them. And even when they do find the right worker, keeping them is often difficult. Finding work at a factory is not difficult, and many workers won’t hesitate to leave if they think they can get a better job somewhere else. The result is that in addition to paying their salaries, Chinese manufacturers also have to put a lot of money into finding and training new employees. [Source]

Read more about the shifting dynamics of China’s shrinking workforce, via CDT.