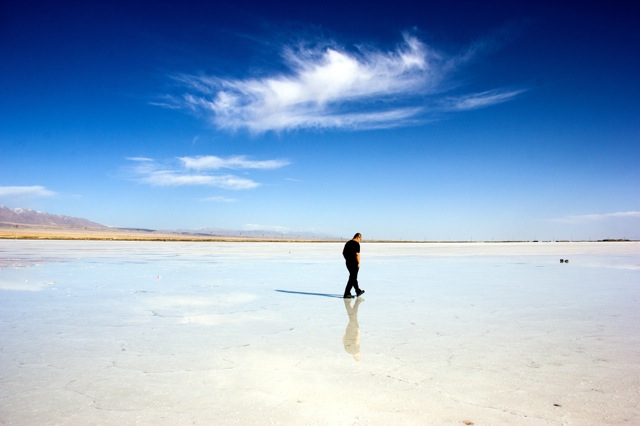 This week, China announced a decision to begin liberalizing a millennia-old state monopoly on the sale of table salt. At Quartz, Gwynn Guildford reports on the history and current state of China’s salt industry:

At the moment, China National Salt Industry Corporation is the only entity allowed to sell table salt in China. And it’s a big business. China produces more of it than any other country, and, if you count the demand from the chemical industry, uses a quarter of all the salt consumed on the planet, reports the China Daily.

[…] Government control over salt began in the independent state of Qi—in what’s now Shandong—during the Spring and Autumn period (722 and 479 BC), roughly around the same time that Confucius lived. In 119 BC, the Han emperor instituted it nationally. The fortunes of Chinese empires have sometimes depended on the control of salt supplies. While often a critical source of government revenue, salt was so valuable that it enabled the rise of two smugglers who eventually overthrew the Tang and the Yuan dynasties (link in Chinese). [Source]

At the New York Times, Austin Ramzy reports that efforts to reform the industry have long faced opposition from the state-owned China National Salt Industry Corporation and from consumers with food safety concerns:

[…] China’s economic planners have tried for years to eliminate the monopoly, but faced opposition from the China National Salt Industry Corporation, the state-owned agency that controls salt distribution, and from consumers concerned about prices and food safety.

[…] Consumers have long complained about efforts to end the salt monopoly. When a proposal was put forward to eliminate the system in 2009, the central government backed down in the face of online opinion surveys that showed a majority of respondents wanted the government controls to remain in place, the China scholar James Reilly wrote in his 2011 book “Strong Society, Smart State.” Those concerns have revived again, as online comments have raised concerns about the inclusion of toxic industrial salts being mixed with edible salt, the magazine Foreign Policy has noted.

Some scholars have argued that the state monopoly system actually contributed to the phenomenon of tainted salt, and that overhauling the system while enforcing food quality laws should help improve safety. In a 2010 paper, Sun Jin, Fan Zhou and Qin Li of Wuhan University noted that the monopoly meant that the price consumers paid for salt was three to four times higher than the price the China National Salt Industry Corporation paid for salt from authorized producers. [Source]

[…] “There will soon be frequent cases of industrial salt” — far cheaper than table salt — “being mixed with edible salt,” went one popular comment on Weibo, China’s huge, Twitter-like microblogging platform. Another user wrote, “Soon the media will be putting out articles called ‘How to tell industrial salt from table salt.'” The topic seemed to resonate; “salt monopoly abolished” became a top-trending hashtag on Weibo, and one related post on CCTV’s official Weibo account quickly garnered over 1,300 comments. One user commented cynically, “I’ve eaten all kinds of fake products; now I will finally have the opportunity to eat fake salt!” [Source]