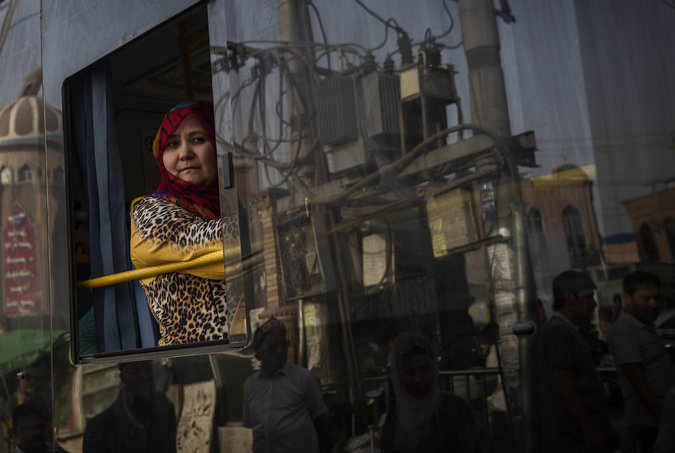 In order to promote assimilation, authorities plan to send a steady flow of Uyghurs to live and work in regions of the country dominated by Han Chinese. Edward Wong at The New York Times reports:

As violence upends the social order in swaths of Xinjiang, where resistance to Beijing’s rule has been growing among ethnic Uighurs, officials there and elsewhere in China are pushing new measures — like chartering entire trains — to bring Uighurs and members of other ethnic minorities to parts of the country where the Han, the nation’s ruling ethnicity, are the majority.

Strengthening the labor export program is a major component of a push by the central government to try to assimilate Uighurs, a mostly Muslim, Turkic-speaking people, into mainstream Han culture. But such programs have themselves contributed to past ethnic hostilities, including an explosive episode in 2009.

The policy comes from the top. At a two-day work forum on Xinjiang in May, President Xi Jinping expressed support for sending more Uighurs to work and be educated in Han areas “to enhance mutual understanding among different ethnic groups and boost ties between them,” according to a report by Xinhua, the state news agency. [Source]

Other state-sponsored assimilation projects include the “Xinjiang class” program, which sends top Uyghur students from Xinjiang to study in high schools across eastern China.

As the Communist Party draws up new policy measures to quell ethnic tension in Xinjiang, Afghan president Ashraf Ghani has offered to help Xi fight Uyghur extremists in the northwest. At The New York Times, Matthew Rosenberg looks at how the ongoing ethnic unrest in Xinjiang has created an opportunity for Afghanistan to develop closer ties with China.

A major factor in China’s stepped-up involvement with Afghanistan is a growing alarm in Beijing over Islamist militancy among Uighurs, a Muslim ethnic group from northwestern China, analysts say.

Since 2001, a smattering of Uighur militants have fought in Afghanistan and elsewhere. And Chinese officials blame a Uighur separatist group, the East Turkestan Islamic Movement, for a spate of attacks that have killed hundreds of people in China over the past two years.

Some experts say Chinese fears that the Uighur separatist cause might spread widely among other militant groups are overblown. But where some see unfounded fears, the Afghans have sensed an opportunity to secure a new, rich benefactor.

[…] In the past year, Afghanistan’s main intelligence agency, the National Directorate of Security, has persistently flagged to Beijing each and every one of the dozens of Uighurs who it says were caught by Afghan forces fighting inside the country. And Afghan and Western officials familiar with the effort say that the intelligence agency has painstakingly prepared dossiers for Chinese officials, laying out evidence tracing the militants back to Islamist training camps inside Pakistan. [Source]

Ties with Afghanistan also weave neatly into China’s ‘New Silk Road’ strategy. Bloomberg reported this week that Beijing plans to invest $16.3 billion to cultivate a network of roads, railways and pipelines reaching overland across Asia to Europe and Africa.