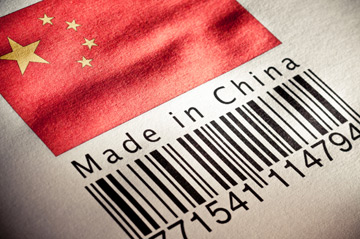 At The Anthill, Laszlo Montgomery, the creator of the China History Podcast, discusses the interesting relationship between the Internet and China’s export manufacturing sector, focusing on how the rise of instant online communications has lowered the quality of products produced in China:

In the nineties, finding suppliers for buyers wasn’t as easy as it is today. I started out, before the Internet, sourcing was still done the hard way. Unless you had an agent or an office in Hong Kong, you had to get on a plane, fly fourteen hours and go to a trade show in Hong Kong or Canton. The process was time consuming and laborious. But back then everyone marveled, with our mobile phones as big as a loaf of bread, at how lucky we were to be living with all this new technology.

Then came the Internet. Now both buyer and seller could find each other more easily. In no time at all, the people I worked for became commoditised. The Internet had simplified the months long process of finding suppliers from two buying trips a year, in April and October, to a ten minutes search on Alibaba, Baidu or Google. Suddenly the outstanding merits of factories like mine became secondary to price. No matter how well a factory paid its workers, how consistent the quality, how clean they were or how well they complied to safety regulations, if they didn’t have a brand, all this took a back seat to offering the cheapest price.

Now, it was so easy to slam that China price down to the bone marrow. All you had to do was find six to eight factories, ask them to quote your sample, and go with the lowest cost producer. If the factory you preferred wasn’t the cheapest, you took the lowest price and waved it at your top choice, offering them a last chance. If the first choice factory didn’t take the order, number two or three did. The prevailing thought in China with many factories was that this money-losing order would open the door to future profitable opportunities. The Great Lie.

[…] The Chinese manufacturing world I had enjoyed for so long began to decay and take on a bad smell. As pressures mounted to slash costs and satisfy retailers’ profit margins, quality was sacrificed and corners were cut. “Made in China” more than ever became synonymous with poorly made goods. [Source]