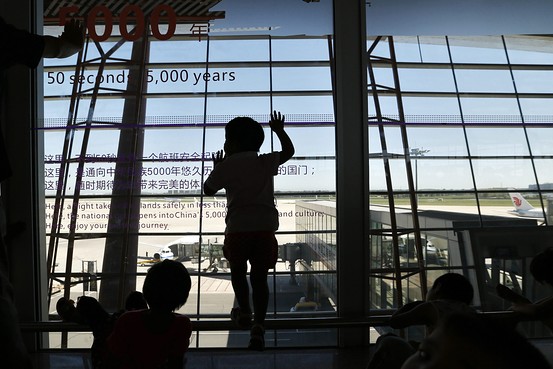 China Real Time’s Colum Murphy reports that China’s civil aviation authorities are planning to create a blacklist of unruly passengers as a means to punish those who behave badly on airlines.

The Civil Aviation Administration of China is mulling developing a blacklist that could ground air-rage instigators, according to a report in the China Daily, citing a senior official. The agency plans to include unruly passengers on a “personal negative credit list,” which will affect their future air travel.

“Everyone must behave well while traveling,” the newspaper quoted Li Jiaxiang, director of the CAAC, as saying. “Despite the recent scandal being caused by only a few passengers, it has strongly tarnished the image of Chinese travelers,” he added.

[…] His remarks come after a string of embarrassing incidents involving Chinese passengers earlier this month. In one, a passenger on a China Eastern flight opened the emergency exit after the plane had landed in an effort to disembark (in Chinese). A few days later, a group of badly behaved Chinese air travelers forced an Air Asia airplane to turn back midflight.  In that incident, a female Chinese passenger intentionally scalded a flight attendant with boiling water. [Source]

Can Airport Investment Clear the Runway for Growth?

Air Rage on the Rise in China