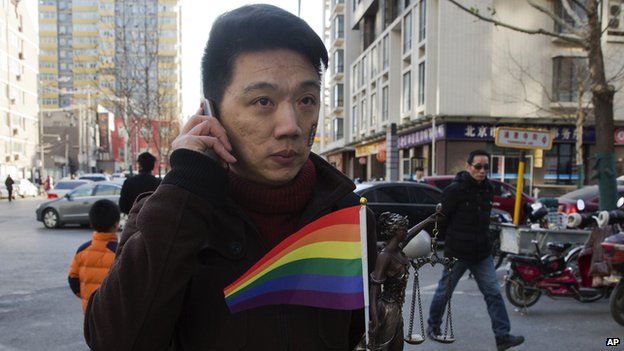 A Chinese psychiatric clinic has been ordered to pay compensation to a gay man who sued the clinic for administering shock therapy in an attempt to change his sexuality. BBC News reports:

The decision has been hailed as a legal milestone by gay rights bodies.

Homosexuality has not been classified as a mental illness in China since 2001 but anti-gay prejudice remains common.

Mr Yang said the procedure involved him being told to have sexual thoughts about men at the same time as receiving electric shocks.

[…] The amount awarded by the court did not cover damages for Mr Yang, but did reimburse his “treatment” costs, reports said. [Source]

Read more about gay rights and sexuality change therapy in China, via CDT.