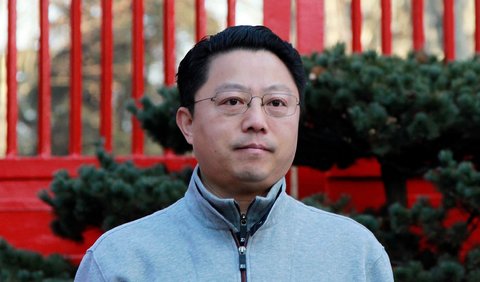 On Thursday, Xinhua announced that former Nanjing Party Secretary and CCP Standing Committee member Yang Weize had been removed from his post, becoming the latest official to fall in Xi Jinping’s ongoing anti-corruption campaign. While Xinhua gave no indication to the particulars of his offenses, opting instead for “serious disciplinary violations” standardly used for corruption, other state media soon chimed in with assertions about the official’s lechery—a similarly standard allegation in Party corruption cases. Austin Ramzy reports for the New York Times:

While the report from the state-run news agency Xinhua on the dismissal of the Nanjing party chief, Yang Weize, provided little detail, other Chinese news outlets began to fill in the gaps. Some said that Mr. Yang was connected to Zhou Yongkang, the former head of China’s domestic security apparatus, who was arrested in December on charges of corruption and of leaking state secrets after months of investigation. Mr. Zhou’s ancestral village is in the nearby city of Wuxi, where Mr. Yang was previously party chief.

The most salacious item to emerge so far about Mr. Yang is that he “introduced TV anchors to Zhou Yongkang and slept with the anchors himself,” the state-run China Daily reported on Thursday, quoting the Hong Kong Commercial Daily. A woman who worked in the Wuxi government and who was said to be Mr. Yang’s mistress has also been detained, The Beijing News reported on Thursday.

Suggestions of sexual impropriety are common when Chinese officials are accused of corruption, but investigators rarely provide details. Last year, after Communist Party investigators explicitly used the word “adultery,” rather than a euphemism, in describing the actions of a fallen official, public questions forced investigators to give a rare explanation. […] [Source]

Xi Jinping’s anti-graft campaign has gained momentum in recent months, seeing some of the highest ranking “tigers” yet to have fallen. Early last month, former domestic security chief Zhou Yongkang was arrested after much anticipation, and official media jumped on his alleged sexual improprieties. With news from Beijing’s anti-graft campaign containing all the sex and power-jockeying that has many of us impatient for new “House of Cards” episodes to binge on, the University of Sydney’s Kerry Brown looks at China’s fascination with the Netflix series. From Inside Story:

Beyond its excellent storylines and acting, though, there is another reason why there might be a sizeable Chinese audience for a drama like House of Cards. Implicit rather than explicit meanings are the key here. For many viewers, Washington is not the uncontested centre of Machiavellian power plays and victories of the ruthless over the weak. That accolade belongs to a political culture much closer to home, in Beijing.

After all, Beijing politics, at least in recent history, has followed a far more brutal winner-takes-all narrative than the Washington variety. Over the past half century, a pretender to the throne has ended up dead in a mysterious plane crash (Lin Biao in 1971), another virtually disappeared under house arrest (Zhao Ziyang) and, in the most recent case, yet another was implicated in the cover-up of the murder of a foreign businessman (Bo Xilai). The son of a high official was killed, and two young semi-naked women seriously injured, when his Ferrari crashed in Beijing. Billion of dollars have been lost to corruption, and the dubious activities of well-connected individuals reach into almost every region in the world – to Africa (Hu Jintao’s son’s business deals, for instance), Australia (Zeng Qinghong’s son’s vastly expensive residence), and Britain (the curious dealings of Bo Xilai’s wife Gu Kailai during her frequent visits there). […] [Source]