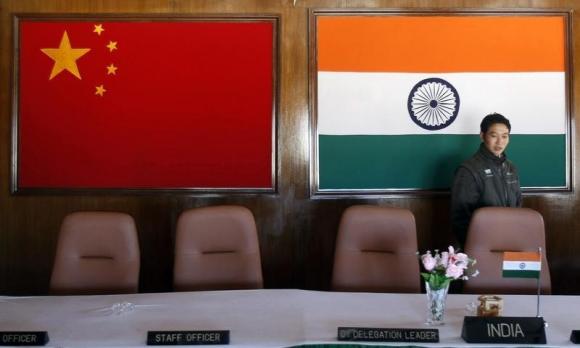 On Friday, Indian Prime Minister Narendra Modi paid a visit to Arunachal Pradesh, a north-eastern Indian state whose legitimacy has long been contested by China. Modi’s visit came on the 28th anniversary of the state’s establishment, and coincided with the inauguration of a new train line connecting the mountainous state with the capital city of New Delhi. Unsurprisingly, China’s foreign ministry lodged official protest against Modi’s visit to the disputed border region that China considers part of Tibet, and hence rightfully under Beijing’s sovereignty. From Pete Sweeney at Reuters:

“The Chinese government has never recognised the so-called ‘Arunachal Pradesh’,” a statement on the Chinese Foreign Ministry’s website said on Friday.

It said Modi’s visit was “not conducive to the overall development of bilateral relations”.

Modi visited Arunachal Pradesh on Friday to inaugurate the opening of a train line and power station. He did not mention China but pledged billions of dollars of investment to develop infrastructure in the region.

“I assure you that you will witness more development in the state in the next five years than it has seen in the last 28 years,” Modi said, addressing a huge crowd.

China is also involved in a diplomatic standoff with Japan over the two nations’ competing claims to the Diaoyu/Senkaku Islands.

While Modi didn’t mention China during his trip to Arunachal, coverage from the Times of India notes that “Beijing already has rail connectivity right up to Lhasa.” China last year announced plans to extend the Lhasa-Shigatse rail line towards the Indian border by 2020.

Chinese state media’s coverage highlights Beijing’s long-held dispute of the legality of the McMahon Line, which India regards as its legal border. From Xinhua:

The so-called “Arunachal Pradesh” was established largely on the three areas of China’s Tibet — Monyul, Loyul and Lower Tsayul currently under Indian illegal occupation. These three areas, located between the illegal “Mcmahon Line” and the traditional customary boundary between China and India, have always been Chinese territory.

In 1914, the colonialists secretly contrived the illegal “Mcmahon Line” in an attempt to incorporate into India the above-mentioned three areas of Chinese territory. None of the successive Chinese governments have ever recognized this line.

In February 1987, Indian authorities declared the founding of the so-called “Arunachal Pradesh.” [Source]