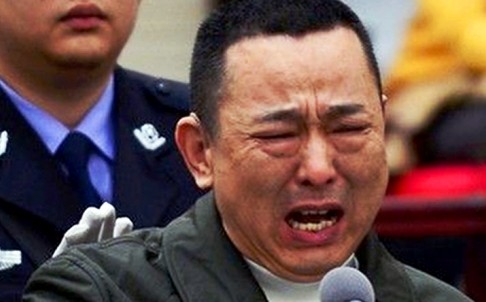 Mining tycoon Liu Han was executed Monday, after being sentenced to death last May on 13 charges including leading illegal gang activities. Liu was an associate of disgraced security chief Zhou Yongkang and was reportedly especially close to his son Zhou Bin, who, like his father, is under investigation for corruption. The South China Morning Post reports:

Sichuan native Liu Han, 48, was found guilty of 13 charges – including murder, organising casinos, running a mafia-style gang and illegally selling firearms – and sentenced to death in late May.

[…] Liu met Zhou’s eldest son, Zhou Bin, in 2003 through a senior official from Aba autonomous prefecture in Sichuan, according to an earlier report by the South China Morning Post.

Sources said the elder Zhou had asked Liu to look after his son. [Source]

Soon after his sentence, a propaganda directive banned reporting on Liu’s wealth. In 2012, Liu was reported to be the 148th richest person in China, according to Forbes. Business Insider gives details of how his riches were spent:

At the time Liu was detained, his accumulated assets totaled $6.4 billion, including hundreds of cars such as Rolls-Royces, Bentleys, Ferraris, 20 guns, 677 bullets, 2,163 shotgun cartridges, and more than 100 knives, according to state-run news agency Xinhua. Liu wore a diamond-encrusted Franck Muller watch and often ordered bottles of French wine that cost more than $12,000.

At his trial, his ex-wife, Yang Xue, relayed this story of how Liu dealt with government officials:

Liu Han would take me to dine with them, and offer them gifts such as gold or jade items worth hundreds of thousands or even millions of yuan … Sometimes he would deliberately lose when gambling, just to bribe them.