“Cancer” of Westernization vs. “Catastrophe” of Isolation 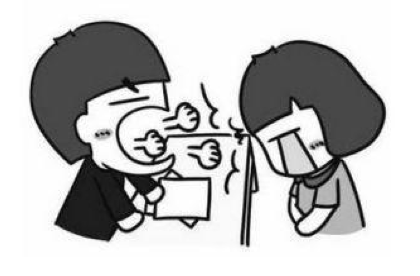 As Chinese authorities mount a sustained campaign against Western influence in higher education, the legal system, and beyond, China Media Project’s David Bandurski surveys recent developments in the general media and political journals. He notes warnings of figurative and literal cancer risks from Westernization, and translates a recent article by Renmin University’s Qiu Haiping on the danger of “Western” economics overwhelming Marx-based mainstream theory.

The debate over modernisation and national identity is of course as old as the hills in China. And it’s no surprise to see old terms being dusted off — terms like “wholesale Westernisation” (全盘西化) and “take-ism” (拿来主义).

The former term was introduced in the 1920s, advocated by prominent cultural figures such as the philosopher and essayist Hu Shi (胡适), who equated the process of adopting Western ideas with what he also called “wholehearted modernisation” (全力的现代化) or “complete modernisation” (充分的现代化), the idea being that China was hampered by its “feudal culture” (封建文化). The latter term, “take-ism,” introduced by the writer Lu Xun (鲁迅) in a 1934 essay of the same name, is in fact a more selective approach than the wholesale or wholehearted borrowing advocated by Hu Shi, the sociologist Chen Xujing (陈序经) and others in the period before and after the 1919 May Fourth Movement.

[…] Read through all of the recent bluster in Party media about the need to uphold “socialist core values” and cleave to “China’s unique path,” and I think you have, for better or worse, a prime example (a textbook example) of “take-ism.” By which I mean that the Chinese Communist Party has selectively adopted/adapted one Western “ism” with such alacrity that it can behave — without the least sense of irony — as though Karl Marx, a German, is the quintessence of Chinese thought and identity. [Source]

One supposed manifestation of these “hostile forces” is the presence of foreign NGOs, which have come under mounting pressure in recent months together with their domestic collaborators and counterparts. The Washington Post’s Simon Denyer examines the likely causes and effects of planned rules governing these organizations:

“Chinese leaders argue that the ultimate goal of Western governments is to use their NGOs to orchestrate the collapse of the Chinese Communist Party,” said Julia Famularo of the Project 2049 Institute, an Arlington, Va.-based think tank. “Leaders in Beijing and Moscow will do whatever it takes to prevent potential color revolutions from undermining social stability and threatening regime longevity.”

[…] Overseas NGOs will be placed under the supervision of the Public Security Bureau, rather than the Ministry of Civil Affairs that traditionally deals with them. In order to register, they would need to find a government agency to sponsor them, a requirement that could prove extremely tough for some.

[…] “The law has left me feeling very uncomfortable,” said a local employee of a foreign NGO working in the health sector, who spoke on the condition of anonymity because of the sensitivity of the topic. “The government sees us as a threat to national security. For the Chinese government, we are anti-human and anti-social, and that’s why they assigned the police to supervise us.” [Source]

Much like Moscow, what Beijing risks doing with the latest regulations is driving many NGOs out and making it difficult for those that remain to operate effectively. While scrutiny of these organisations’ activities is certainly necessary and justifiable, too strict an implementation of the new regulations is likely to slow the operations of many of the NGOs that are having a favourable impact on the quality of life in China.

[…] Much like their commercial counterparts, international NGOs operate in many countries and have access to limited capital. How they wish to deploy that capital and their resources is often determined by local operating conditions in a given country, as well as how effective that capital can be deployed to effect real change.

Should international NGOs decide China is just not worth their time and effort, given the constraints on their operations, and should the Chinese government fail to fill the void with effective programmes of its own, the Chinese who could benefit most from these programmes will suffer. [Source]

At The Los Angeles Times, Fordham Law School’s Carl Minzner warned of deeper and potentially disastrous consequences, comparing “China’s most glorious eras […] its most open ones” with others “when paranoid imperial rulers lashed out at foreign influences and cut China off from the outside.”

Today, China’s leaders have begun to tentatively steer their nation down a similar path. They might go further. Faced with a restless society, they could expel even more foreign journalists, further block cultural imports, sharpen attacks on “foreign” religions such as Christianity and Islam, and tighten their suppression of Uighur identity in Xinjiang province. They could stress a narrow concept of what it means to be Chinese, ram patriotic education through Hong Kong schools, and whip up nationalist sentiment among the discontented and underemployed flowing out of China’s colleges.

They could also fuse Marx with Confucius to create a new ideological orthodoxy. And when populist anger begins to seethe over a slowing economy and widening divide between rich and poor, the government could redirect it at liberal intellectuals and economic elites to steer it away from central party officials.

But if they do all this, the results will be catastrophic. It would pit Chinese citizens against one another. It would shut down innovation and weaken China’s influence abroad. And it would eventually turn on China’s leaders themselves, many of whom see this danger all too clearly and are privately hedging against it by stashing their wealth and children abroad. In short, it would repeat precisely the same errors that generations of enlightened Chinese leaders — including Communist luminaries such as Deng Xiaoping — have sought to escape from. [Source]