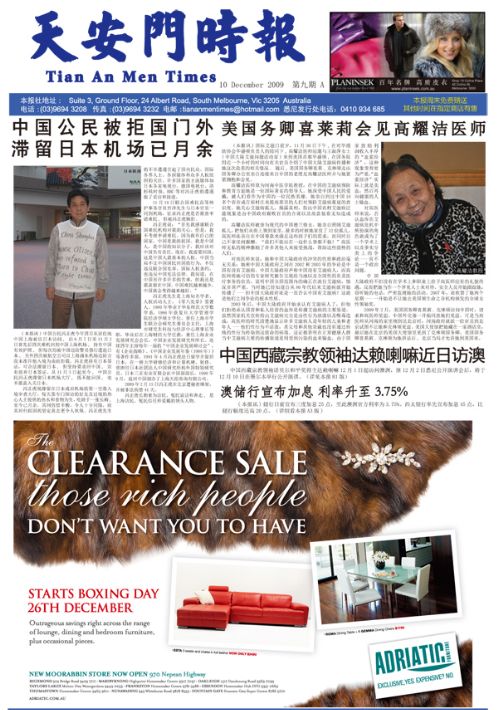 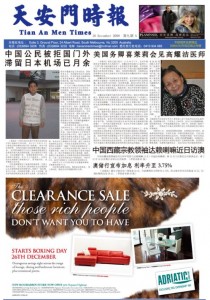 Today is Sunday. In the morning, the chief editor of Australia-based Tiananmen Times called to interview me.In the afternoon, my Fudan University classmate Yang Lujun came from Shanghai to visit. We’ve been friends for over twenty years. His return flight isn’t scheduled for another three days, and he had the travel agency book him at the nearby Crowne Plaza Hotel so he could come chat with me each day. I told him that after he enters Japan, he can’t come back here. He stayed with me until about 8:00 p.m., and only then reluctantly left. He’s been worried for me, but now that he’s seen that my mind is in a good state he can feel relieved. I hope to see him back in Shanghai.

A Japanese writer, Ms. Atsuko, took a plane from China to visit me. She conveyed a greeting from well-known blogger Lian Yue to me in fluent Chinese. She told me that my Twitter account was gaining a following very quickly, with more than 3,000 followers already, and that their blogs would also help to propagate the story of my return home. She specially delivered a dry-erase board, a few markers, and an eraser. It will take the place of my cardstock. I’m no longer so wretched—I have modernized a bit. The content and color of my protest signs will now change often, and will attract the eyes of travelers passing by.

Today many people called to share their concern, among them a Japanese man who in Chinese conveyed the regards and support of Liu Guokai in the U.S. Mr. Wang Dan, who teaches at National Taiwan University also called to say hello. Liu Guokai is the chairman of the overseas China Social Democratic Party. Wang Dan was a student leader during the Tiananmen protests who then went into exile in the U.S. Like me, he can’t return home. He now makes a living in Taiwan.

Just now Mr. Yan from Desai Gongyuan called. “Many friends in the mainland are very worried after not seeing any Twitter updates from you today,” he said. “Is anything the matter?” I told him, “Thanks to everyone for their concern. I’m fine. I was just chatting with an old classmate this afternoon and had no time to get on my computer. I’ll post to Twitter right now.” [Chinese]