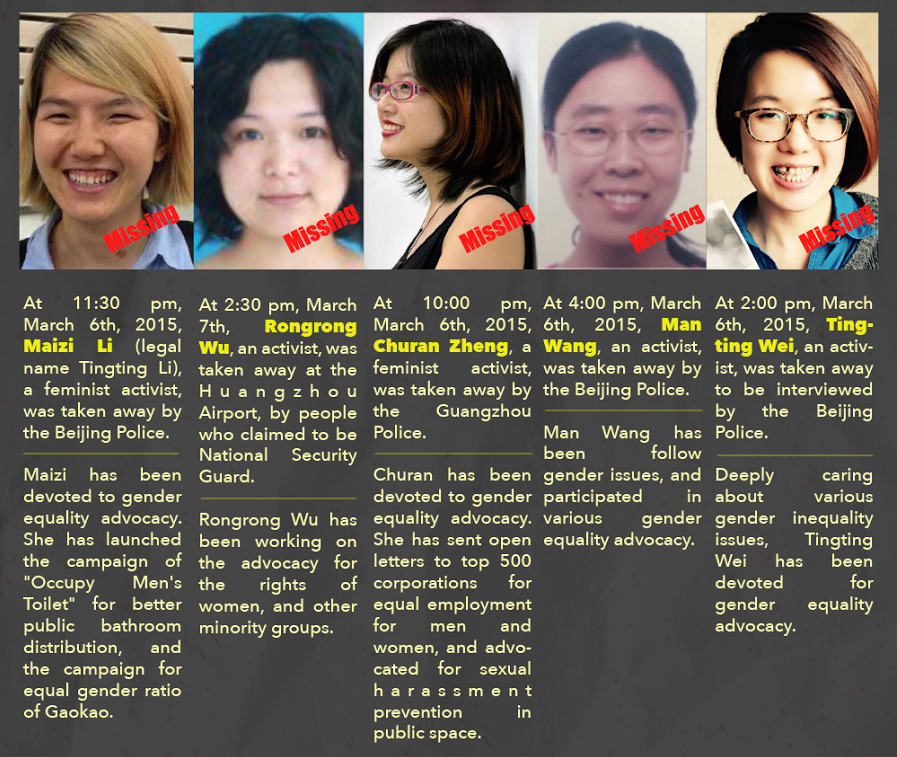 Weibo is constricting discussion of the five women’s rights activists detained on suspicion of “picking quarrels and provoking trouble.” They had planned to put stickers on public transportation in Beijing, Hangzhou, and Guangzhou to raise awareness about sexual harassment on International Women’s Day. They were detained before they could act, and so “never actually committed a crime, even under Chinese law,” writes Elizabeth Lynch at the China Law & Policy blog.

Wu Rongrong + taken away (武嵘嵘＋被带走) is the only combination with any of the activists’ names that remains searchable as of the publication of this post. The keywords return 80 results, including a comment (translated below) from a thread started by @NGOCN on March 7, and 79 responses to that comment:

In her last Weibo post, on March 5, Wei Tingting asked, “Is it really a good idea to lose myself in dangerous and unknown territory?” (把自己丢到危险未知之地，到底好不好). Friends have commented with well-wishes, hopes that she will soon be released from custody, and cake emoji for her birthday on March 13, spent in detention.