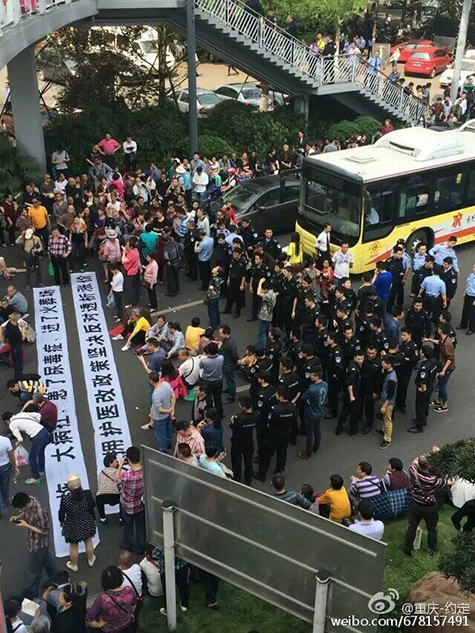 Regarding a portion of uremic patients in Chongqing gathering and petitioning because of new health care prices, all media must refrain from reporting on the story (including electronic newspapers and journals, websites, the Weibo and WeChat accounts of legal professionals, mobile clients, and other new media platforms), and reporters cannot be sent to the scene of the incident. In the near future, all media must without exception proceed according to unified plans in reporting that touches on new health care prices. Do not publish anything without authorization. Do not organize discussions or investigations. Do not hype negative or tangential issues. Immediately report issues you are unable to get a handle on.

Furthermore, the media must strengthen internal management. Media personnel must not provide information to or facilitate interviews for foreign media or organizations. Those employed by the media must not post inappropriate content to their personal Weibo or WeChat accounts. (April 1, 2015) [Chinese]

Patients suffering from uremia, a condition of kidney failure, and their supporters blocked traffic in Chongqing today to protest steep price hikes in dialysis and other medical procedures across hospitals in the megacity. At RFA, Luisetta Mudie reports that several protesters were beaten and detained by police. Photos from the protest, including of scuffles with the police, are still available on Sina.

A photo of the directive was posted to Weibo: 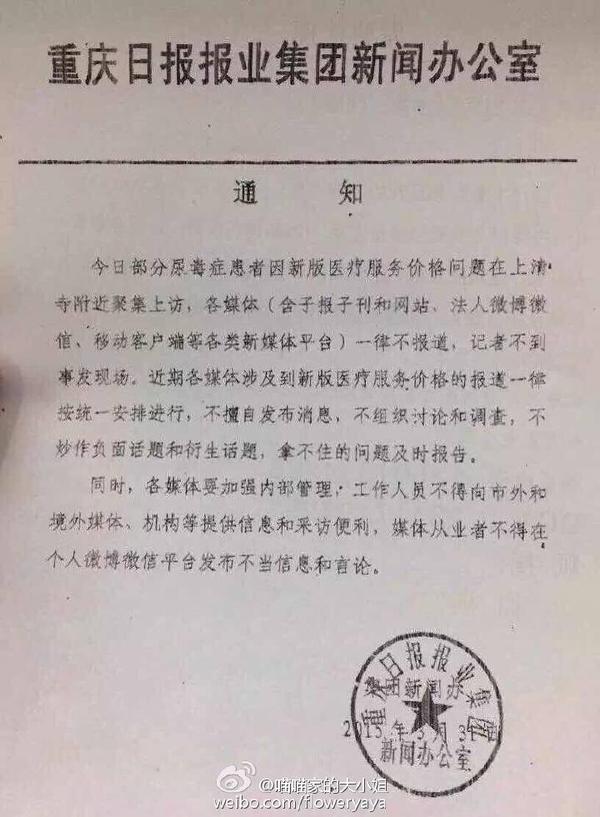