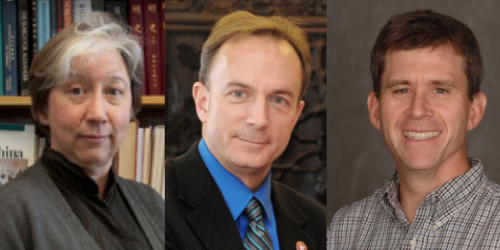 In the wake of a broad and sustained campaign against Western influence in education and beyond, China Media Project’s David Bandurski notes a new attack on Western historians of China. In an article published online and in print by the Chinese Academy of Social Sciences, auspiciously laden with 88 exclamation marks, Li Zhiting of the National Qing Dynasty History Compilation Committee blasts American scholars’ views on the relationships between the Manchu rulers of the Qing Dynasty, the various parts of their empire, and the modern Chinese state. “The essay, in fact, is not about historical scholarship at all,” Bandurski comments, “but about China’s current ideological climate.” From his partial translation:

In recent years, a certain saying about Qing history has emerged among academic historians called “new Qing history.” This was not invented by Chinese historians but in fact comes from overseas — created together by several American historians!

[…] “New Qing History” is academically absurd, and politically does damage to the unity of China. It is necessary to stir all scholars with a sense of righteousness to fiercely oppose it. We entirely reject “New Qing History.” Moreover, we expose its mask of pseudo-academic scholarship, eliminating the deleterious effect it has had on scholarship in China! [Source]

Noting that he is “pretty firmly in the camp of New Qing History,” Jeremiah Jenne addresses the controversy at his Jottings from the Granite Studio blog, highlighting and translating other passages from Li’s article and elsewhere. From Jenne’s own comments:

The idea of Manchu Sinicization is a hobgoblin unlikely to die anytime soon in China. Historians affiliated with what has become known as the “New Qing History” have been attempting to complicate this narrative for nearly three decades, and while scholars overseas — and even a few within China — are starting to come around, the dominant narrative inside China remains that the Manchus succeeded in ruling because, unlike earlier non-Han dynasties, they assimilated and adopted Chinese styles of rule and other cultural values. Indeed, according to the most strident adherents of “Sinicization”, the Manchus couldn’t help but assimilate once they encountered the vastly superior civilization of China.

[…] The Manchus also conquered vast areas in what is today Western China, including Tibet and Xinjiang. They were also the first state on the mainland to consolidate their control over the island of Taiwan. This makes the issue of Manchu cultural identity politically problematic as well. Separating the Manchu-rued Qing Empire from the post-imperial governments of the Republic of China and the People’s Republic of China not only complicates modern Chinese attempts at establishing the extent of the Qing Empire as “inherent territory,” it also recalls bad memories of Japanese and British attempts to use the “Manchu-ness” of the Qing Empire to wrest control over Manchuria and Tibet respectively. [Source]

Jenne cites Ge Jianxiong and Yao Dali as notable dissenters to Li’s view within China, and translates from the former’s essay “To exaggerate the size of China’s historical territory is not patriotic.” Another objector is Feng Xuerong, whose recent Weibo post “The Five Great Jokes of Chinese History” mocked “patriotic” historians. From a translation at That’s:

The overarching theme to modern Chinese history: oppose imperialism and save the nation, become independent and autonomous. Right? Absolutely. But whenever anyone touch upon the Mongolian people striving for independence, our “patriotic” youth immediately become hostile.

[…] I can oppose imperialism but you can’t be independent. The governor can set great fires but the common people can’t light their lanterns.

I can oppose imperialism but you can’t be independent – this is a double standard, the logic of the bandit. [Source]

Read more on Chinese history, Tibet and Xinjiang, and the racial politics of China’s periphery, via CDT.