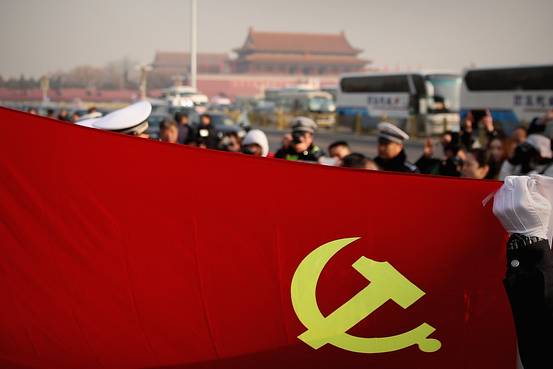 The story of Mr. Dong, a resident of eastern China’s Shandong province who allegedly set up his own political party with the intention of overthrowing the Communist Party, was recently uncovered by the San Francisco-based human rights organization Dui Hua. The organization said on Tuesday that the 59-year-old had his 2011 sentence reduced in February so that he will serve only 19 and a half more years, meaning he will be released in August 2034. Court records confirm that the Inner Mongolia High People’s Court approved his sentence reduction on account of good behavior and demonstration of regret.

[…] At least as interesting as the court’s decision to commute Mr. Dong’s sentence is the window his case opens into the wide swath of underground political activity in China, much of which falls outside the gaze of Chinese or foreign media.

[…] In a 2003 op-ed for the Washington Post, for example, [Dui Hua’s John] Kamm documented heavy sentences handed to two middle-aged farmers who in the mid-1990s had established the Chinese Nation’s People’s Party, which espoused the political philosophy of revered revolutionary leader Sun Yat-sen and had at one point amassed close to 1,000 members across 10 counties. [Source]

Dong Zhanyi established the underground party around 2008, originally calling it the People’s Party, with the mission of fighting corruption. Dong and Chen Guohua (陈国华), another leader of the group, allegedly convened a secret party meeting in an abandoned factory in Linyi, Shandong Province, in March 2008, to discuss plans to overthrow the Communist Party of China. At subsequent meetings, party members agreed to set up a supermarket management company to raise funds. In order to recruit members, the party hosted a training program billed as a fertilizer symposium, where they collected information about unemployed workers and impoverished rural families and helped organize petitions. Spotty records indicate that the party was active in Beijing, Henan, Shandong, and Jiangxi. (Huang Huiming (黄会明), who was tried for subversion in Jiangxi Province, reportedly recruited 200 members of the party.) Dui Hua first discovered Dong’s name in the verdict of party member Sun Tianxi (孙天西), who was given a three-year sentence for subversion by the Nanyang Intermediate People’s Court in Henan Province on December 2, 2011. Sun was released in September 2014. Dui Hua is still seeking sentencing information for other party members convicted of subversion. [Source]

A Central Propaganda Department directive published by CDT in late 2011 forbade any media coverage of Dong’s prosecution or the separate case of Guiyang activist Chen Xi.

In November 2013, Beijing assistant professor Wang Zheng founded the Zhi Xian Party, naming the recently life-sentenced former Chongqing Party chief Bo Xilai its chairman for life. “This is not illegal under Chinese law. It is legal and reasonable,” Wang said, insisting that (unlike Dong) she wanted to help the Communist Party, not replace it. The news prompted ridicule, bewilderment, and some serious comment, all of which censors swiftly stifled.

China has eight officially tolerated “democratic parties” which claim to “provide a useful service by helping the ruling party govern the country,” though critics describe them as no more than an unconvincing “mirage.”