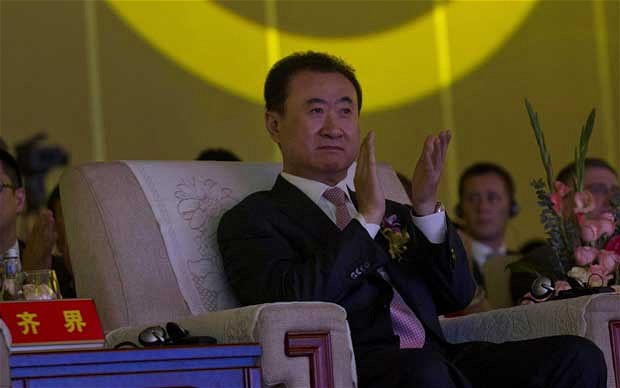 On Tuesday, the New York Times published an investigative report into the ties between Wang Jianlin, Asia’s richest person, and the family members of China’s political elite. The report was prepared by Michael Forsythe while he was working at Bloomberg, where editors killed the report before publication and dismissed him. Forsythe then resurrected the story after being hired by the New York Times in Hong Kong.

The New York Times website has long been blocked in China. Authorities are working to further restrict any discussion of the report by censoring related keywords in Weibo search. Wang Jianlin + bigwig (王健林＋权贵) can no longer be searched, nor can references to Wang’s business empire such as Wanda shares + Xi Jinping (万达股份＋习近平). Xi + older sister (习＋姐姐) is also blocked—a reference to the president’s sibling, Qi Qiaoqiao (齐桥桥), who is mentioned in Forsythe’s report as an early investor in Wanda. Qi’s name and that of her husband, Deng Jiagui (邓家贵) were first blocked from Weibo search results in July 2012 following the publication of a Bloomberg report into the wealth of Xi Jinping’s family, and they remain blocked now. New York Times (纽约时报) also remains unsearchable on Weibo, as it has been since October 2012 following the release of an investigative report into the business dealings of then-Premier Wen Jiabao’s family.

Despite censorship, the Chinese New York Times still manages to keep a presence in the mainland mediascape by syndicating to local outlets and pushing stories to social media.