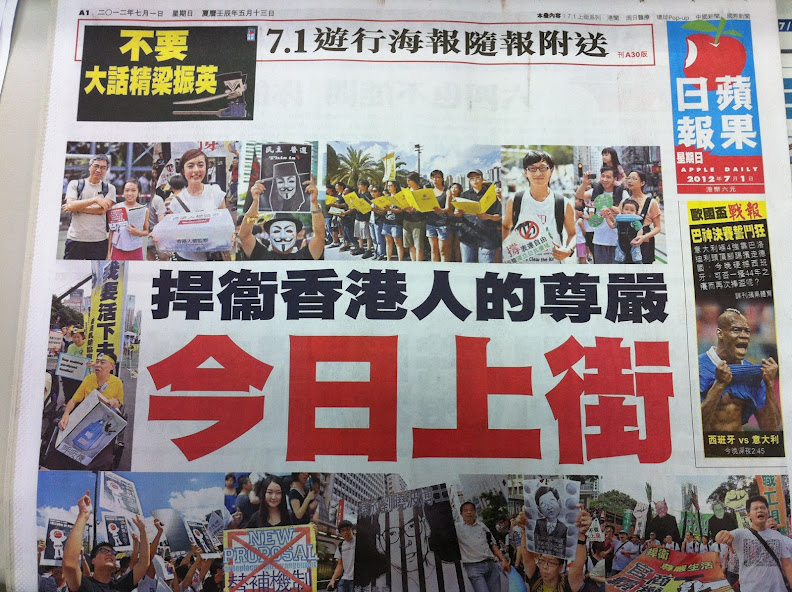 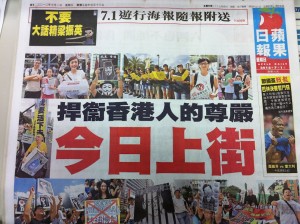 A call to protest above the fold in the Apple Daily.

As of July 1, the following search terms are blocked on Weibo (not including the “search for user” function):

Protest in Hong Kong: July 1, the anniversary of the founding of the Chinese Communist Party (CCP), has also been day of protest in Hong Kong since the handover from British to Chinese in 1997. This year marchers voiced their anger at the news chief executive, Leung Chun-ying, whom they fear cares more about Beijing than Hong Kong. Besides his politics, it has also just come to light that Leung built HK$500 million (US$64 mil) of illegal structures on his various properties. 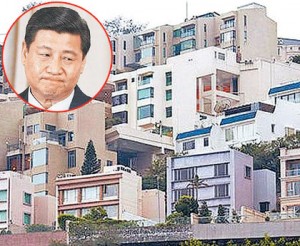 As of July 2, the following search terms are blocked on Weibo (not including the “search for user” function):

Xi Jinping, His Extended Family and Their Assets: The websites of Bloomberg and Business Week were blocked for a few hours last Friday after the former published an article on the fortunes of Xi Jinping’s extended family. Xi is expected to take over as president from Hu Jintao in October.