As of October 26, the following search terms are blocked on Sina Weibo (not including the “search for user” function): 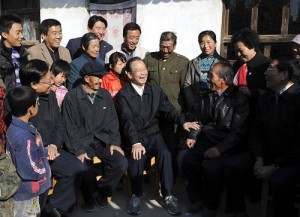 Wealth of Wen Jiabao’s Family Exposed: The English and Chinese New York Times websites were blocked within hours of publishing an exposé on the vast, hidden personal wealth of Prime Minister Wen Jiabao’s relatives. Bloomberg suffered the same fate in June for its investigation into the assets of Xi Jinping’s family. The Times‘ report arrives just two weeks before Wen, Hu Jintao and others hand over power to the next decade of leaders during the 18th Party Congress.