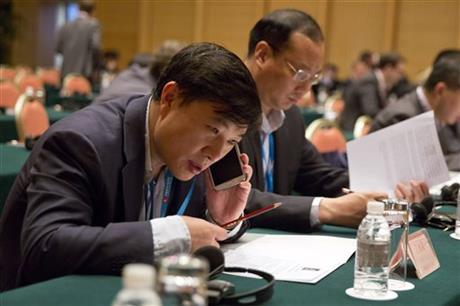 Officials have recently railed against Western influence in higher education, but the Associated Press’s Erika Kinetz writes that Party members’ own training is held to different standards:

These rising Communist Party members from across the country have come to the China Executive Leadership Academy Pudong (CELAP) in Shanghai as part of the party’s decade-long effort to introduce its own elite to foreign ideas. Outside these walls, President Xi Jinping’s government is campaigning to scrub Western influence from classrooms, but here some 10,000 party loyalists each year hear from top Western scholars and executives about management techniques, media relations, urban development and innovation.

“It does no harm for top leaders to get to know different ideas in the world,” said Zhang Xuezhong, who was barred from teaching at East China University of Political Science and Law in 2013, after publishing an article critical of the government. “The Communist Party expects the people it rules to be ignorant, but they would not expect themselves to be like this.”

As China seeks to play a more decisive role on the global stage, such exposure is becoming more important — at least for those at the forefront of transforming China’s economy and international role. For everyone else, education has become an ideological battleground, where destabilizing Western values must be vanquished lest they weaken the party’s grip on power. [Source]