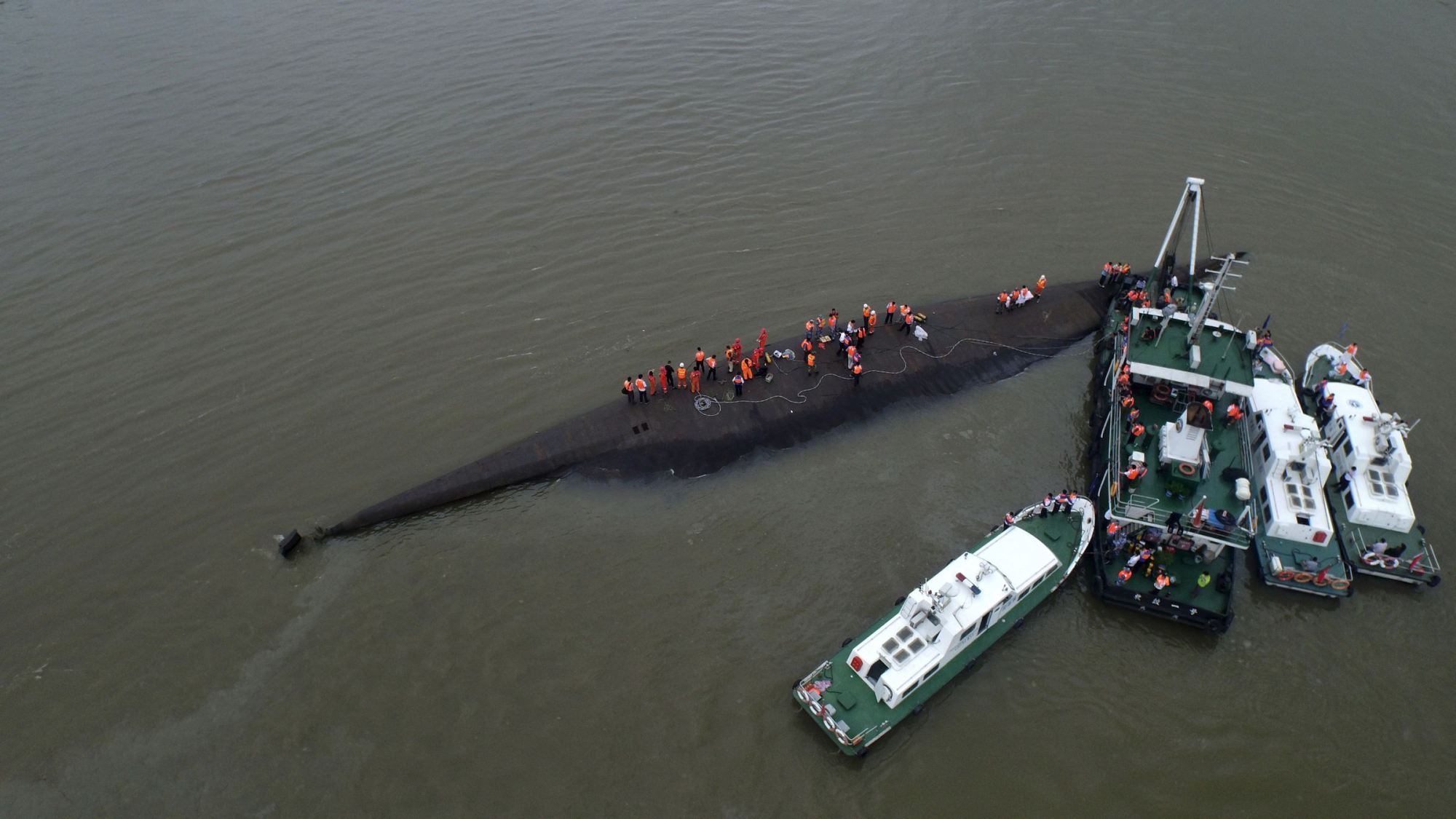 As China races to rescue hundreds of people still trapped inside a capsized cruise ship on the Yangtze River, authorities are following a familiar playbook of media control and online censorship.

[…] Chinese media continue to publish hourly updates and extensive coverage—a contrast to previous information blackouts during national tragedies—but within the confines of the propaganda department’s directives. Officials have ordered outlets not to dispatch their own reporters to the scene and local journalists already there have been recalled. Chinese journalists have also been told to focus on the”positive part” of the story, like successful rescue accounts, and ordered to use only information released by state-run outlets.

Today “Eastern Star” was the most censored term on the microblog Weibo, according to Free Weibo, which copies and republished censored Weibo posts. Comments calling into question officials’ explanation of weather problems and claiming that the ship’s captain ignored several weather warnings were deleted. So was a Sina news report that tracked the trajectory (link in Chinese) of the boat in detail before it over-turned [Source]

As a result of government censorship, front pages of Chinese newspapers covering the cruise ship incident showed remarkable uniformity in form and content, all with a focus on official rescue efforts launched following the disaster. Chuin-Wei Yap and Lilian Lin at The Wall Street Journal report:

China’s coverage of a deadly capsize on the Yangtze River took on a strikingly uniform presentation in its wall-to-wall domination of Wednesday’s front pages. A strong focus was on a single image of the rescue work, with many front-page articles devoted to official declarations on the all-out rescue effort.

China Daily, the country’s leading English-language daily, blazoned “Hundreds Remain Missing” above the fold – meaning the upper half of the newspaper – and included a widely-circulated translation from an account by the state-run Xinhua news agency of a survivor’s ordeal from the sinking of the cruise ship Eastern Star. A photograph of orange-clad rescue workers fishing a 65-year-old survivor from the water dominated the top of the page both on- and offline.

The format was similar in capital newspapers, and more terse by way of actual news and information. In the Beijing News and the Beijing Youth Daily, both leading papers in the nation’s capital, a single picture of rescue workers hauling Zhu Hongmei, the elderly female survivor, took up the entire front page. Articles on the rescue were shunted to inside pages. The Beijing Times followed much the same format. [Source]

Gillian Wong at The Wall Street Journal observes that the Chinese government’s approach to information control in the aftermath of the Eastern Star incident demonstrates a departure from a method of “denials and suppression” towards a more “calibrated approach” that seeks to shape the story instead of censoring coverage completely.

[…In] the Yangtze disaster the government is displaying much greater openness than was common in major mining and other industrial disasters over the past decade, or in 2003 when authorities reacted to the deadly SARS virus by suppressing the news of its spread in China for months. This is in part recognition that suppressing news of tragedies is neither advisable nor feasible in the Internet era, experts say.

[…] While authorities have still released little information about overall progress of the rescue and whether hundreds are likely to have perished in the river, a lengthy CCTV report Wednesday detailed a plan for the continued rescue effort.

And Mr. Zhan said other small changes were noteworthy: There is much less use of clichés such as effusive expressions of gratitude toward the Communist Party by relatives and survivors. “Chinese people are watching. They are also dissatisfied with formalism and reporting that only focuses on the leaders.” [Source]

But others pointed to some softening of controls, and to determined work by Chinese journalists regardless:

Some Chinese journalists not with Xinhua or CCTV came to Jianli. They are working as hard as anyone else to get info on what is happening.

The Guardian’s Tom Phillips reported obstruction of journalists trying to speak to relatives of missing passengers, who have expressed anger at the lack of information about the situation:

One family we tried to speak to was ordered to get into black sedan. "Too many journalists! You have to get into the car"

Phillips reports that hundreds of coffins had been prepared on Wednesday in anticipation for the worst possible outcome:

[…S] taff at the Rongcheng crematorium in Jianli – the town nearest to the wreckage – were preparing to receive the dead. Shen Yuanhai, the owner of a coffin factory in Henan province, said he had driven through the night in a convoy of four lorries, each stacked high with refrigerated caskets. “We have brought 200,” said Shen, whose factory is more than 400 miles from Jianli in the city of Zhengzhou.

[…] By Wednesday morning, the bodies of seven victims had arrived at the Rongcheng crematorium. Their identities were not immediately clear. A black-and-white noticeboard had been placed outside one of the halls for staff to record the names and ages of victims, alongside their photograph. The majority of the Eastern Star’s passengers were tourists aged between 50 and 80, state media has reported, although a three-year-old boy was also on board.

A funeral parlour employee, who declined to give his name, said staff were expecting the worst. “We’ve contacted all of the crematoriums around here so that if we don’t have room we can send the bodies there,” he said. [Source]

Despite continuing rescue efforts, hopes are dimming for the hundreds of people, mostly elderly tourists, who remain trapped in the hull of the ship. The projected death toll would make this accident one of the worst maritime disasters the country has seen in decades, the Associated Press reports:

Despite hundreds of rescuers searching for survivors, the sinking could become the deadliest Chinese maritime accident in 70 years.

The Chinese state broadcaster CCTV reported that 13 bodies had been pulled from the boat, which was floating with a sliver of its hull jutting from the grey river water. Fourteen people have been rescued, but most of the 456 people on board, many of them elderly tourists, are unaccounted for

[…] State media reported that rescuers heard people yelling for help within the overturned hull, and divers rescued a 65-year-old woman and, later, two men who had been trapped. CCTV said more people had been found and were being rescued, but did not say whether they were still inside the overturned hull.

The yelling was heard on Tuesday, and it is not known if any sounds were heard on Wednesday. [Source]