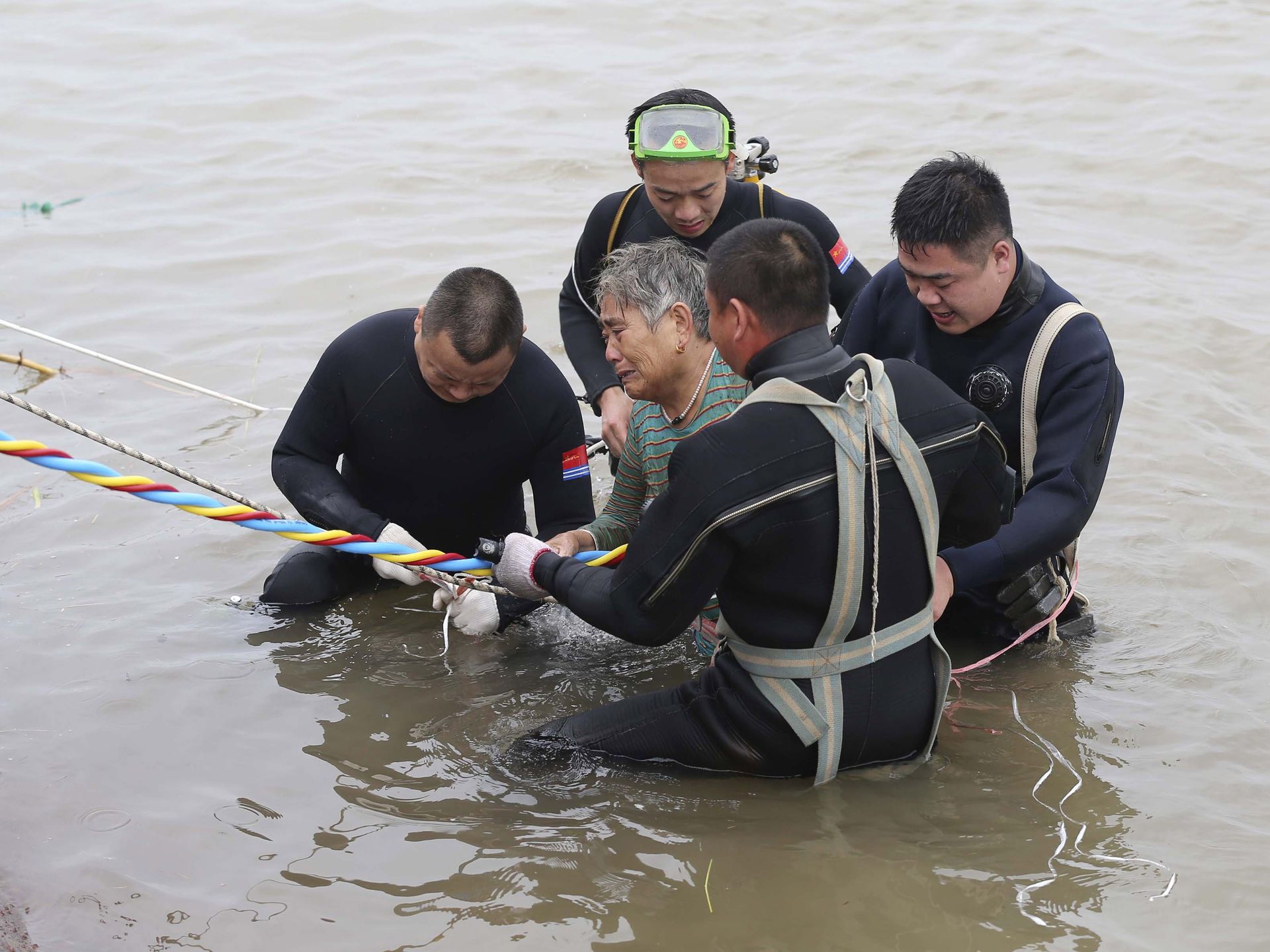 Regarding the capsizing of the Oriental Star cruise ship, media from all locales must not dispatch reporters to the scene. Reporters already there must be immediately recalled. All coverage must use information released by authoritative media as the standard. (June 1, 2015) [Chinese]

The Oriental Star turned over on Monday evening in heavy wind and rain. There are so far only 14 known survivors among the approximately 450 passengers and crew. Many of the passengers are retirement age. The oldest is past 80, the youngest only three years old. The ship capsized near Jianli County, Hubei, on a journey from Nanjing to Chongqing. The Guardian’s Tom Phillips reported from Jianli:

Only Xinhua and CCTV journalists are allowed on the scene, some Chinese journalists told the New York Times‘ Edward Wong and Michael Forsythe.

Domestic media did cover the plight of some missing passengers’ relatives, according to the dpa news agency’s Joanna Chiu:

Desperate family members only saw a piece of paper taped to the locked door of the Xiehe Travel Agency in Shanghai. “Because of the accident on the Yangtze River, personnel have driven to the disaster site to assist in the coordination,” it read.

[…] “We do not know what’s going on,” a man told Chinese reporters. “No one is taking responsibility.”

A similar scene happened at a travel agency in the city of Nanjing, capital of Jiangsu province, where relatives have waited outside locked doors since 6 a.m. Tuesday, Xinhua reported.

Other relatives complained that they had only heard about the accident from the news.

[…] Local media reporting on the accident appeared relatively free and wide-ranging, compared to previous accidents in China where a large number of people had gone missing.

Editor’s note: the above section has been altered at Chiu’s request to clarify that “relatively free and wide-ranging” referred to coverage of relatives’ complaints, not to reporting from the scene of the disaster. Reuters reports that family members in Shanghai were later taken to a local government office, but information was not forthcoming and some came to blows with officials.

The Oriental Star was carrying fewer than its maximum number of passengers and was in good shape. The weather seems to have played a role in the capsizing of the ship. The China Meteorological Administration reported a tornado in the area around the time of the accident. The captain and chief engineer have been taken into custody.

The sinking of the Oriental Star recalls a high-speed train crash in Wenzhou that claimed some 40 victims in July 2011. Reporters then were also forbidden from reporting at the scene, but skirted the ban through Weibo. Their posts and millions more from across the country forced a reckoning with the now-defunct Ministry of Railways and blazed a path for Weibo as a tool of citizen journalism. But restrictions on Weibo “rumor-mongering” and the silencing of “Big Vs” over the past two years have dampened its power. The top post on Weibo’s “Discover” 24 hour trending topics page is from the magazine Vista (Kàn Tiānxià 看天下) about a rescue diver, followed a few posts down by updates from Xinhua and CCTV.