A Problem of ‘Religion’ and Polling 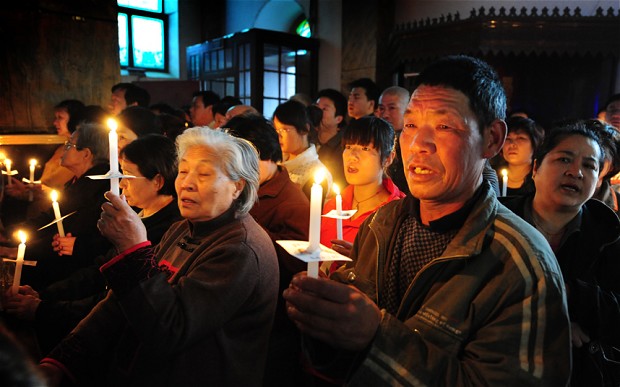 A recent Gallup poll on global religious trends shows unusually high level of atheism in China, with nearly half of all respondents identifying as atheist. The New York Times’ Ian Johnson reports that the result may be biased due to both the distribution method employed as well as the wording of the question, which used the “contentious” Chinese term ‘zongjiao‘ for ‘religion.’

“‘Religion’ in China is a contested term,” Professor Yang said. “You have to look at how the questions are posed.”

WIN/Gallup asked respondents in every country to characterize themselves as “a religious person,” “not a religious person” or “a convinced atheist,” with a fourth option of “do not know/no response.” In China, the first two options used the term “xinyang zongjiao,” literally “a person who believes in religion.”

“Xinyang zongjiao is a very formal term,” Professor Yang said. “People may not respond the way the researchers intend.”

Robert Weller, a professor of anthropology at Boston University, said xinyang zongjiao was probably understood to refer to formal members of one of China’s five officially recognized religions: Buddhism, Taoism, Islam, Protestantism and Catholicism. Most Chinese practice an amalgam of Buddhism, Taoism and folk practices that is often described as “traditional belief” (chuantong xinyang) or simply “belief” (xinyang), avoiding the contentious term zongjiao.

Another problem with the poll could be methodology, Dr. Weller said. In China, it was conducted online — a medium that increasingly is not anonymous here. “The ‘convinced atheist’ rate is probably so high because everyone knows it’s the official answer,” Dr. Weller said. [Source]

In June, a senior Chinese Communist Party official in Xinjiang announced the need to “sinicise” religion for the sake of social stability. In Zhejiang, officials unveiled a new draft legislation in May that places strict restrictions on the placement of church crosses across the province.