Pu Zhiqiang Denied Access to Lawyers For Nearly a Month 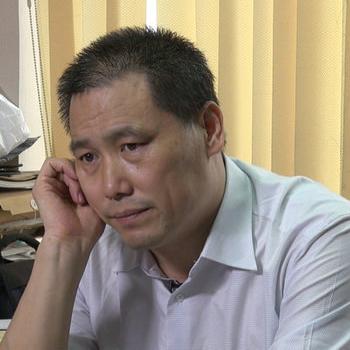 Rights lawyer Pu Zhiqiang was formally indicted for “inciting ethnic hatred” and “causing a disturbance and provoking trouble” in May after a year in detention. With his trial approaching, Pu’s wife this week penned an open letter claiming that he has been denied all access to legal counsel since June 23, a fact that one of his lawyers verified. AP’s Didi Tang reports:

Meng Qun, wife of Pu Zhiqiang, raised the concern in an open letter addressed to the leadership of the Beijing detention center where her husband is being held, urging authorities to honor China’s own rules to allow Pu access to lawyers.

[…] [Pu’s attorney Shang Baojun, who verified the authenticity of Meng’s letter…] said he expects a Beijing court to hold Pu’s trial soon, because by law Chinese courts have three months from the indictment to hold a trial and issue a verdict, but the authorities have not yet announced a date.

In her open letter, Meng said that Pu is entitled to meet his lawyers after the indictment but that the lawyers have been asked — contrary to China’s own rules — to submit a meeting request.

Even after the lawyers put in a meeting request, the detention center has failed to accommodate a meeting within 48 hours, as stipulated by China’s rules, Meng said. […] [Source]

Pu’s prosecution comes as part of a broad crackdown on civil society by the Xi administration, which has most recently seen more than 230 lawyers and activists questioned, detained, or missing since July 10.