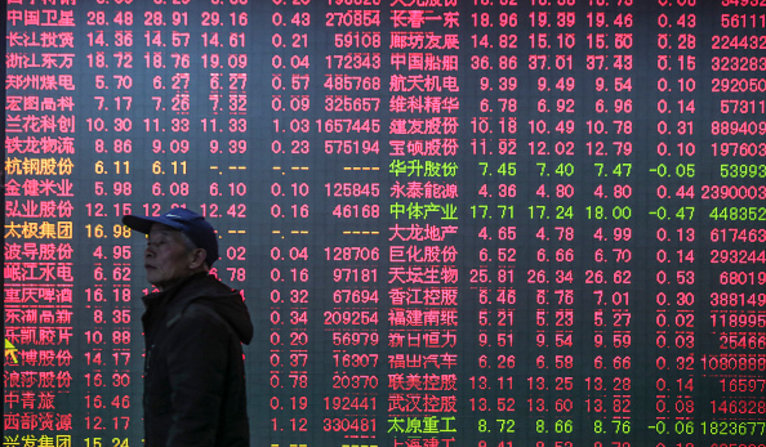 While China’s stock markets plunged in June, the government took a number of steps to actively intervene and stop the slide. On Monday, China shares dropped 9%, with ripple effects quickly felt across the globe, and the slide continued Tuesday morning. So far, the government has not responded as aggressively this time, as some question whether Xi Jinping is equipped to manage the Chinese economy and whether too much attention has been focused on the fight against corruption at the expense of the country’s financial management. Before Monday’s crash, Michael Forsythe and Jonathan Ansfield of the New York Times wrote:

Mr. Xi has positioned himself as the chief architect of economic policy — usually the prime minister’s job — and has vowed to reshape the economy, exposing himself to blame if growth continues to sputter. At the same time, Mr. Xi is making enemies with an anticorruption drive that has taken down some of the most powerful men in the country and sidelined more than a hundred thousand lower-ranking officials.

Senior party officials are said to be alarmed by the state of the economy, which grew at the slowest pace in a quarter century during the first half of the year, and now seems to be decelerating further. In a sign of its anxiety, the leadership this month implemented the biggest devaluation of the Chinese currency in more than two decades, sending global markets into plunges.

Mr. Xi’s reputation was also dented this summer by panicked official efforts to prop up the Chinese stock market after a sharp dive in share prices. His government had promoted the market as a good investment to the public for months.

[…] “Everyone understands that the economy is the biggest pillar of the Chinese government’s legitimacy to govern and win over popular sentiment,” said Chen Jieren, a well-known Beijing-based commentator on politics. “If the economy falters, the political power of the Chinese Communist Party will be confronted with more real challenges, social stability in China will be endangered tremendously, and Xi Jinping’s administration will suffer even more criticism.” [Source]

Likewise, in Slate, Joshua Keating writes about the confluence of stock market woes with global tensions of which China is at the center:

These ongoing tensions are worrying enough in normal times, but are even more dangerous when China’s leaders feel insecure and challenged by domestic enemies. Which is how they must feel right now. The economic turmoil of the past few weeks has dealt a blow to the image of China’s leaders as competent stewards of the country’s economic rise, and President Xi Jinping looks powerless in the face of economic forces. Reports are already emerging about grumbling within senior ranks of the Communist Party over whether Xi and his advisers are up to the task of managing China’s next economic transition. If Xi feels threatened by a lack of support at home, he could ramp up his purge of potential rivals.

The bigger fear if there’s a long-turn economic downturn is social instability. Under the country’s unspoken post-Tiananmen grand bargain, China’s population hasn’t significantly challenged the autocratic one-party state, so long as the party continues to deliver economic progress and increasing prosperity. This is not to say that Chinese society is entirely harmonious—while the authorities have been adept at managing dissent, the country still sees tens of thousands of “mass incidents” every year, sparked by causes ranging from labor disputes, to environmental degradation, to land seizures. But thanks to steady growth, public anger over economic conditions hasn’t been a major problem over the last 25 years. It could be soon: Chinese investors, who were strongly encouraged by the state-run media to put money in the market during the country’s boom, are already venting their anger online. [Source]

China’s geopolitical role is currently in the spotlight as the country prepares for a major military parade to mark the end of World War II and to showcase Beijing’s power. But the economic troubles threaten to sideline China’s achievements in recent decades. Fergus Ryan reports in The Guardian:

The V-Day celebrations, due to occur on 3 September, are designed to be a showcase of Xi’s power and credibility and are clearly aimed at a domestic audience. But increasingly, when it comes to the economy, his and the government’s credibility are taking a hammering. Beijing’s reputation as skilful and competent economic managers – built up over years of breakneck economic growth – is in tatters after a two-month long stock market rescue operation has faltered.

More so than anywhere else, China’s stock market is disconnected from the economic fundamentals of the country, experts say, but nonetheless the rapid decline shows that market sentiment has fallen off a cliff.

“It is a key moment for China. The equity market in freefall, the banking system increasingly starved of liquidity, rising capital outflows, and a rapidly slowing economy,” Angus Nicholson, of IG Group, wrote in a note on Monday.

Global markets were already reeling from last week’s data, which showed the country’s manufacturing output had dipped to its lowest point since the global economic crisis. Experts say there’s a sense that it no longer matters what the government says or does, as the market is now adjusting to what it believes the reality is. [Source]

Authorities have attempted to manage the response to the stock market crash by censoring news and social media posts. Propaganda officials have issued directives to the media on how to report the news, according to the South China Morning Post’s George Chen:

Always amused by those gov notices to state media: apparently our propaganda officials believe they can control the world by faxing notices

And Baidu search results have been censored as well, according to the Feichang Dao blog and Chen.

Read more about the individuals who are tasked with helping Xi manage the economy, from Bloomberg.