Drawing the News: I Come in Peace 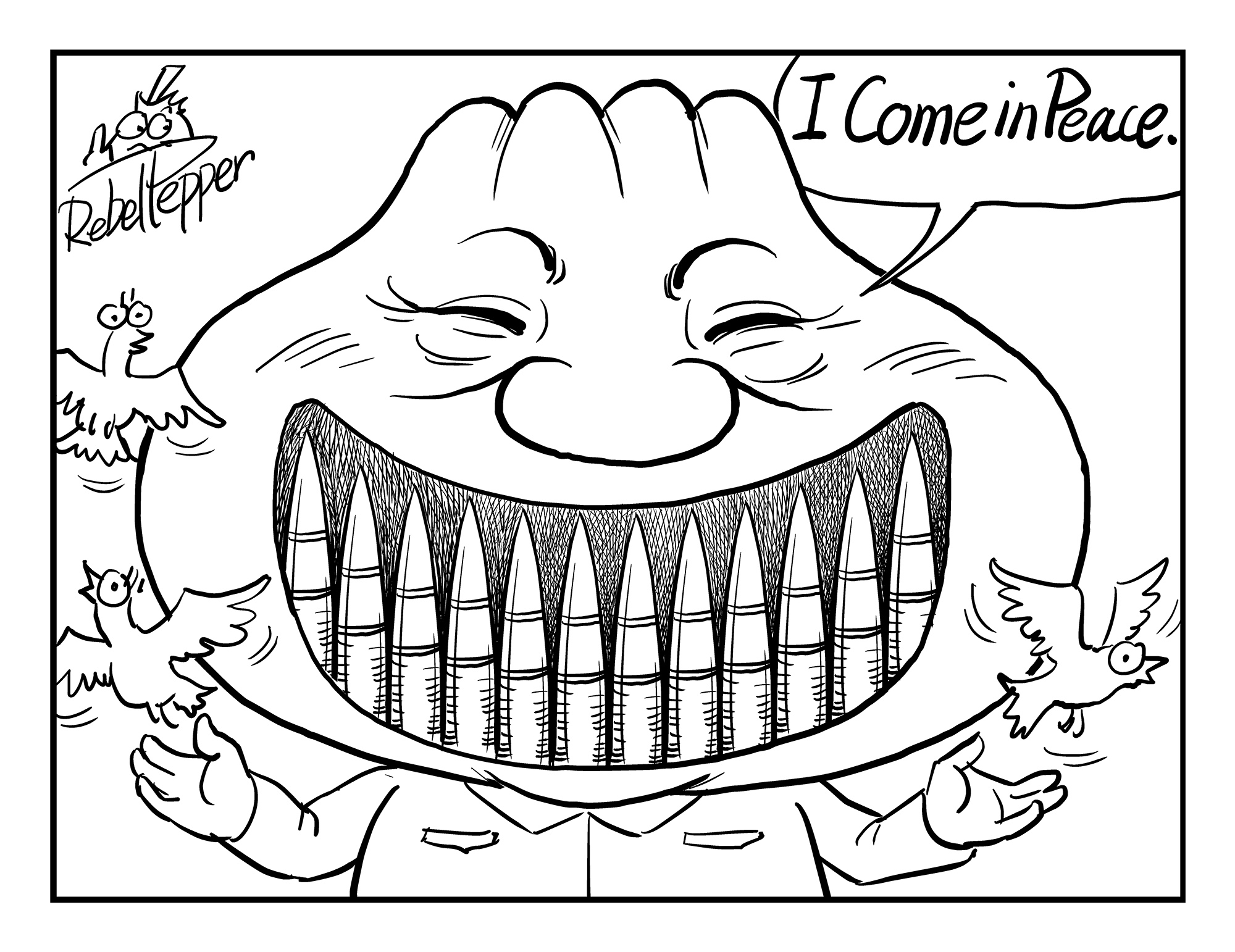 Rebel Pepper offers his interpretation of the message delivered by President Xi Jinping (aka Steamed Bun Xi) during the military parade marking the 70th anniversary of the end of World War II:

I Come in Peace, by Rebel Pepper Wednesday’s parade was billed by the government as a celebration of peace, with the release of 70,000 doves and Xi’s announcement of a major troop reduction in China’s armed forces. In his address from Tiananmen Gate, Xi stated: “We Chinese love peace…No matter how much stronger it may become, China will never seek hegemony or expansion,” according to a report by Tom Phillips in The Guardian. Yet the parade was also a chance for China to show off its military might and included 12,000 flawlessly choreographed soldiers and close to 200 aircraft and mobile ballistic missile launchers, including one that could reach Hawaii.

Xi Jinping: "We love peace"
State TV commenter on parade: "Look at this missile, it can hit Hawaii"

A video by Jonah Kessel at the New York Times recaps the parade:

Rebel Pepper was recently profiled by Isaac Stone Fish in Foreign Policy. See more of his work via CDT.