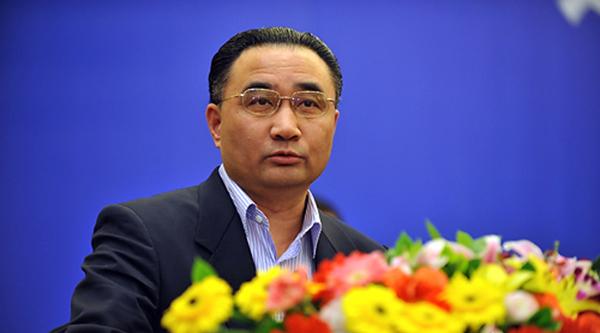 All websites are to find and delete the article “Xu Aisheng, COSCO Group’s New Director of Discipline, Says He “Put Liu Zhijun Away with My Own Two Hands.” (October 25, 2015) [Chinese]

The article, published by one of the Beijing Daily’s public WeChat accounts, Capitalnews, includes the partial transcript of a leaked speech Xu Aisheng delivered internally at the China Ocean Shipping Co. (COSCO). The group is currently in talks to merge with another state-owned shipping company, China Shipping Group Co.

Xu, who assumed the post of Director of the Party Disciplinary Inspection Office at COSCO in July, emphasizes to COSCO staff his years of service as a government auditor, listing some of the corrupt “tigers” he has helped to fell, while also stressing Secretary of the Central Commission for Discipline Inspection Wang Qishan’s call for corrupt cadres to be caught “early and small”—early on, before they get to the big-time of corruption.

Xu touts his direct role in taking down Liu Zhijun, the former Minister of Railways. In July 2011, a deadly crash on the newly opened high-speed rail connecting Beijing and Shanghai killed 40 passengers. Liu was investigated for corruption and abuse of power, and in 2013 he was served a suspended death sentence for bribery.

Capitalnews comments that Xu’s speech “is thought to reveal the anti-corruption campaign’s determination to ‘implode all escape routes'”:

I found out about Liu Zhijun while working during my three years auditing the Beijing-Shanghai High-Speed Railway. First I discovered Ding Shumiao, then Old Liu. But I don’t want to focus on cases right now. Following Secretary Qishan’s orders, now it’s about grabbing people early and small, and putting discipline and rules at the forefront. So today I want to hold a meeting with everyone and focus on disciplinary work, on putting discipline and rules at the forefront, on grabbing people early and small. Cases come second. This is also central to our meeting today.

I come from a background in auditing, but I spent over 20 years in international trade and foreign affairs. In 2004, former auditor general Li Jinhua transferred me, and I’ve now been auditing for 11 years. I’ve been the chief auditor for four companies, mainly investment companies, and I’ve finally been transferred here (COSCO). Here (at the National Audit Office) I’ve taken on a number of cases, including Liu Zhijun’s. I put him away with my own two hands. And there are many other leaders I discovered and put away: PetroChina’s Liao Yongyuan, Cai Zhefu of Datang, who jumped to his death—I investigated them both. I investigated State Grid vice president Shuai Junqing, and two of the old bosses at China Southern Power Grid I also put away. In total, I’ve investigated over 180 cases in the past five years. [Chinese]

At China Real Time, however, Russell Leigh Moses highlights one fallen official’s account of his own investigation, which suggests an “emergent disobedience by unpersuaded local officials” confident that escape routes remain open.

One of COSCO’s senior executives, Sun Jiakang, is among 35 Chinese officials being investigated by the U.S. Securities and Exchange Commission in a probe of J.P. Morgan’s hiring relatives of high-level cadres.