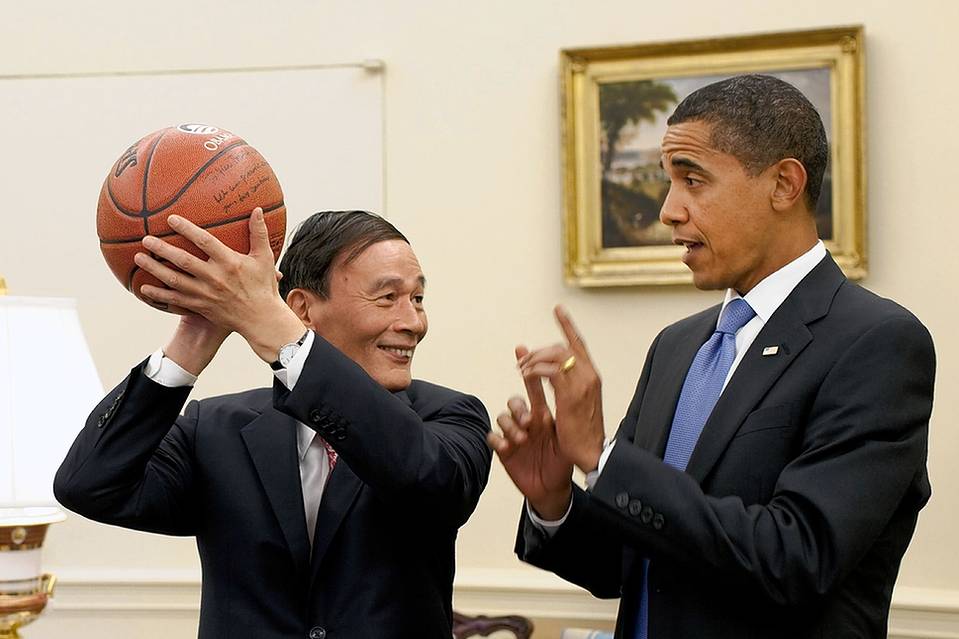 As a part of the U.S. government’s investigation into whether J.P. Morgan hired relatives of top Chinese government officials, the U.S. Securities and Exchange Commission issued a subpoena last month ordering the bank to release all communications related to 35 Chinese government officials, including Wang Qishan, the secretary of China’s Central Commission for Discipline Inspection. Ned Levin at The Wall Street Journal reports:

The U.S. Securities and Exchange Commission issued a subpoena in late April to the bank requesting all of its communications related to 35 mostly high-ranking Chinese government officials. Mr. Wang’s name was first on the list in the subpoena, a copy of which was reviewed by The Wall Street Journal. Prosecutors at the U.S. Justice Department have also requested information about Mr. Wang, according to people familiar with the matter.

[…] The list of Chinese government officials on the subpoena represents a broad spectrum of the country’s powerful government and corporate officials. Other officials on the list include Minister of Public Security Guo Shengkun, People’s Bank of China Vice GovernorPan Gongsheng, the chairman of state-owned grain trader Cofco Corp., “Frank” Ning Gaoning, and a senior executive at state-owned shipping giant Cosco Group, Sun Jiakang.The list also names officials of the State-owned Assets Supervision and Administration Commission, which manages China’s state-owned companies, and regulators for the insurance, banking and securities industries. [Source]

As the leading official of China’s anticorruption body, Wang Qishan will be overseeing the trial of former security czar Zhou Yongkang later this year. At The New York Times, Sinosphere’s Didi Kirsten Tatlow spoke with Liao Ran, a senior officer at Transparency International, about China’s anti-graft campaign and the trial of Zhou:

Q. Why does one corrupt official fall and not another?

A. It hinges on a triangle of factors. The first is politics. The second is vested economic interests. The third is corruption. Mr. Xi was very clever to use corruption as the main way to attack his enemies, because almost everyone is corrupt, so everyone is vulnerable. You can’t arrest a billion people. But if you are vulnerable on all three points, then you and your family may fall.
Corruption and politics have always gone hand in hand in China, but vested economic interests are the new, key element here. Mr. Xi is determined to break these to reform China’s economy and create new growth.
[…] Zhou Yongkang is different. He is corrupt. His fall is a huge opportunity to smash vested interests in oil. [Mr. Zhou had a long career as an oil official.] But the real reason is politics. Xi Jinping is intent on economic reform, and that made him dangerous to the powerful vested interests that run China, such as Mr. Zhou. They wanted to get rid of him and plotted to do so. [Source]