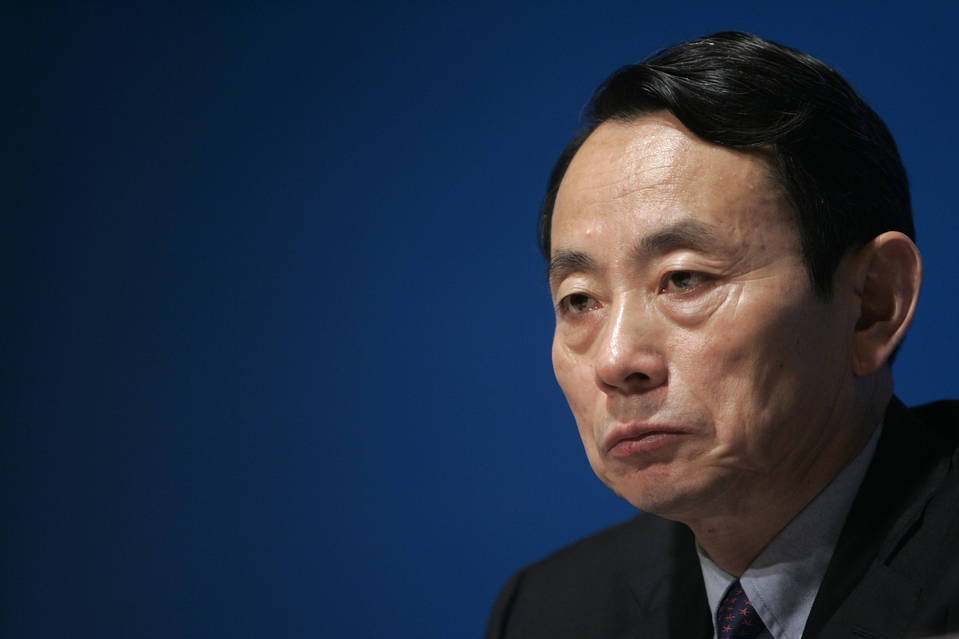 Jiang Jiemin, the former party official who once ran China’s largest oil and gas company, was sentenced to 16 years after confessing to taking bribes, a court in central China announced. Another court sentenced Li Chuncheng, a former top party official in Sichuan Province in southwestern China, to 13 years for the same offense. Both men were fined 1 million renminbi, or about $158,000.

[…] The downfall of both men served as signals that the Communist Party was investigating Mr. Zhou, a former member of the party’s elite Politburo Standing Committee and the most senior individual to be tried for corruption in the 66-year history of the People’s Republic. Both men acted under Mr. Zhou’s orders to illegally give assistance to other people, causing the state to lose $235.6 million, according to the court judgment on Mr. Zhou issued in June. [Source]

The Wall Street Journal’s Brian Spegele and Josh Chin detail the two former official’s connection to Zhou Yongkang and their offenses as described by court statements, characterizing their sentencing as the closing of one chapter of Xi’s anti-corruption drive:

[…] Mr. Jiang, who led CNPC and its listed subsidiary, PetroChina Co., through a period of rapid growth, was convicted of bribery after a Chinese court in Hubei province found he amassed more than 14 million yuan ($2.2 million) in assets whose origin couldn’t be accounted for.

[…] Mr. Li was the first high-ranking official to fall in the anticorruption drive. Like Mr. Jiang, Mr. Li worked for a time under Mr. Zhou, who served as party chief of Sichuan from 1999 to 2002. The court statement didn’t mention Mr. Zhou by name.

The statement said Mr. Li had taken bribes totaling 39.8 million yuan while holding various posts between 1999 and 2012. By using his position to aid associates’ business interests, he also caused the loss of more than 572 million yuan in public assets, the statement said. It added that Mr. Li confessed, expressed regret over his crimes and returned the bribes, and that he was given a lighter sentence as a result. [Source]

A court in central China on Tuesday jailed a former senior Chinese energy executive for 20 years on corruption charges, the latest official to fall in a sweeping anti-graft campaign linked to allies of disgraced security chief Zhou Yongkang.

[…] “The property of defendant Wang Yongchun and his family obviously exceeded legal income, and the source of $42.5 million yuan ($6.7 million) in assets could not be explained,” the Xiangyang city Intermediate Court in Hubei province said in a statement.

[…] Another Zhou aide from Sichuan, Guo Yongxiang, was sentenced to 20 years in prison on Tuesday in a separate Hubei court for bribery and other crimes. [Source]