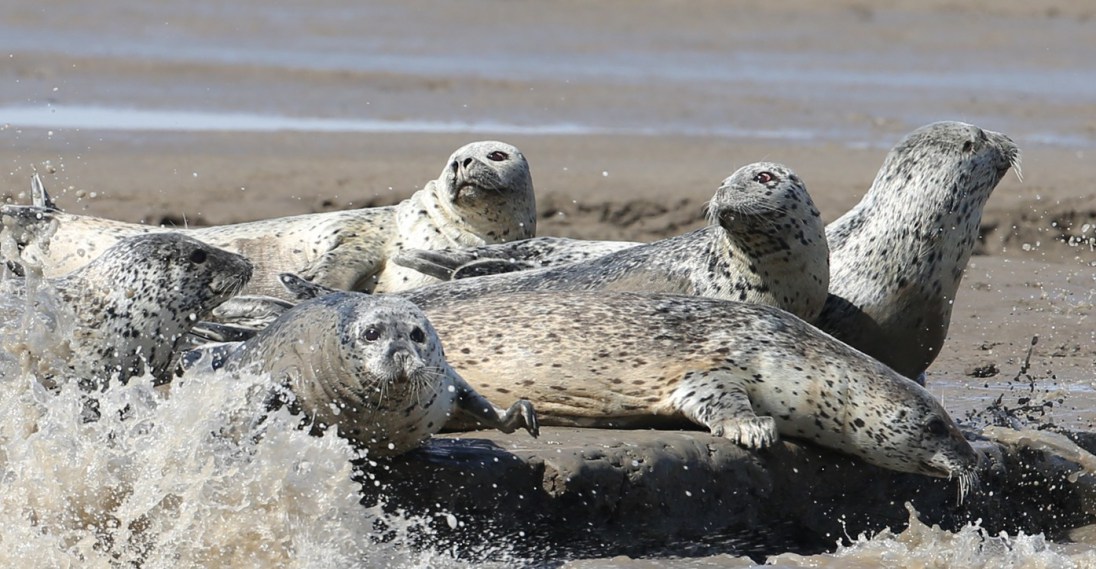 The 12-year sentence for an environmental activist who worked to protect the spotted seal has been upheld by a court in Liaoning Province. Charged with embezzlement, Tian Jiguang and his colleagues believe he was targeted for his activism again pollution by the China National Petroleum Corporation. Yaxue Cao at ChinaChange reports:

In September 2014 he was sentenced by the Dawa County Court (大洼县法院) to 12 years in prison—5 years for extortion, and 8 for embezzlement. Last Friday (November 13), Panjin Municipality Intermediate Court (盘锦市中级法院) upheld the original verdict after the second instance trial. The decision once again sent shockwaves, and revulsion, through China’s NGO sector.

According to reports in Chinese media, citing the indictment and other sources, Tian’s detention was a direct result of a blog post in June 2013 that exposed a subsidiary of China National Petroleum Corporation for pollution. After his article was posted, the company sent officials to speak with him—suggesting a RMB100,000 yuan (about $16,000) sponsorship of his NGO. This became the basis for the “extortion” charge against Tian. But according to his lawyer’s defense posted online, Tian never asked the company for sponsorship, and the 100,000 yuan was never transferred. Tian did accept a small reimbursement from the company for the purchase of a Canon camera for the group he founded—the Association of Volunteers for the Protection of Spotted Seals—but his lawyer argued that neither “threats” nor “blackmail” was involved on Tian’s part, necessary to constitute the crime of “extortion.”

Months later when Tian was indicted, there was the additional embezzlement charge against him—he was accused of having pocketed RMB 460,000 yuan (about $74,000) from the Association. His lawyer Ni Zeren (倪泽仁) argued that, while there were indeed irregularities in the Association’s bookkeeping, it is “utterly irresponsible” for the prosecutors to accuse Tian of embezzling 460,000 yuan out of the total 490,000 yuan (about $79,000) that the Association had received over the years from donations and sponsorships. Family members said Tian had over the years spent his own money on many of his activities. ［Source]

In 2010 and 2011, official media reported on Tian’s activities and his accomplishments, including his successful efforts to move a planned highway that would have come too close to the seals’ habitat.