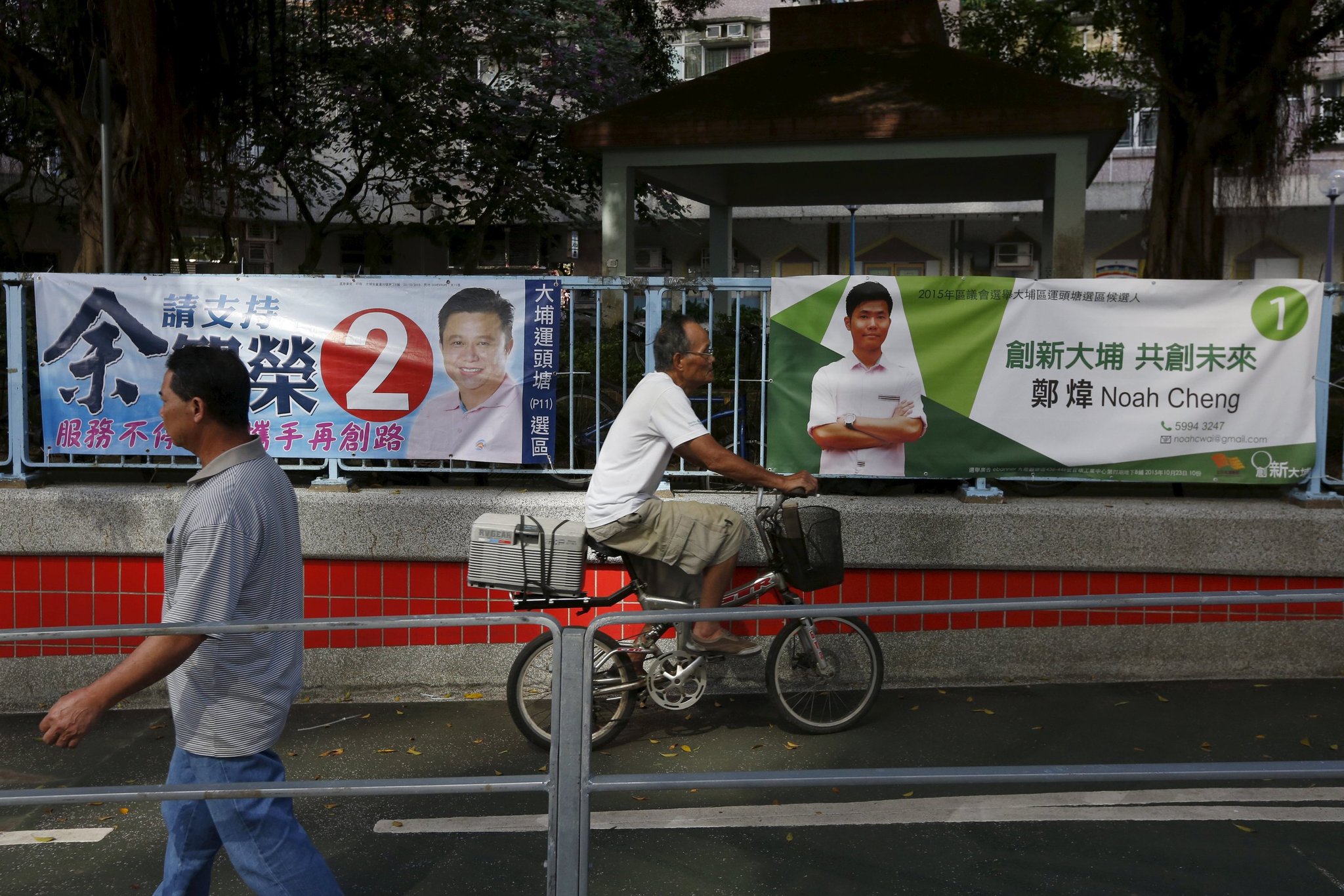 On Sunday, eight supporters of Hong Kong’s democracy movement, known as “Umbrella Soldiers,” were elected as district councilors. This was the first time the city had gone to the polls since Occupy Central protesters took to the streets last year demanding that Beijing retract its plan to vet candidates for the city’s 2017 chief executive election. Donny Kwok and Clare Baldwin at Reuters report:

The election of the so-called Umbrella Soldiers – named after the 2014 demonstrations in which activists used umbrellas to guard against tear gas and pepper spray – reflects continued support for political change in the Chinese-ruled city.

“The paratroopers are the new force,” said James Sung, a political analyst at the City University of Hong Kong, referring to candidates inspired by the Umbrella movement. “The paratroopers are a new power, a challenge to the government and the central authorities in Beijing.”

Results from Sunday’s polls, which saw about 900 candidates compete for 431 district council seats, where pro-Beijing parties currently hold a majority, were announced on Monday. [Source]

Sunday’s election saw a record level of voter turnout with 47 percent of eligible voters casting their ballots. Besides their stance towards the mainland, a candidate’s policy platform was often a stronger determining factor for voters due to the role that councillors play in advising government on the day-to-day concerns of district communities. South China Morning Post’s Joyce Ng, Tony Cheung, Emily Tsang, and Ng Kang-chung spoke with voters about their views:

Yu Lok-man, 21, of Tuen Mun, explains why he didn’t cast his ballot.

“District council members do not really do anything. I don’t see what they have done for us all these years. So I prefer not to waste time [voting].”

“The Occupy [campaign] was not bad, but it lasted too long and it seemed to have blocked many people [from going to work] … But I only look at the candidates’ platforms and track records, not whether they endorsed the movement or not.”

“I was not so concerned [about elections] in the past, but after Occupy, I would really think whether this [candidate] could help my community … I also cared about the poll and I know that my ballot can help improve the community.” [Source]

Click through for updates on the election from HKFP.