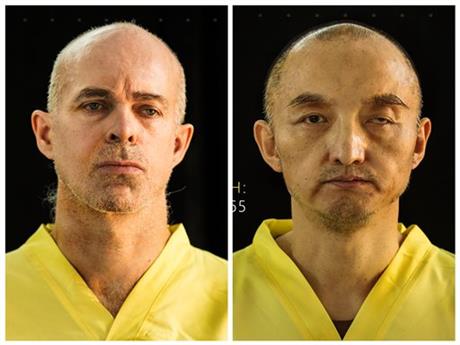 On Wednesday, the Islamic State announced that they had executed a Chinese and a Norwegian hostage. Joseph Krauss and Jon Gambrell of AP report:

The extremist group published two images of the men in the second-to-last page of its English-language magazine, saying they had been “executed after being abandoned by kafir nations and organizations.” ”Kafir” is the Arabic word for infidel. In the images, the men both appeared to have been shot to death.

The militants did not say when or where the two were captured when announcing their captivity in a previous issue of the magazine, which showed them in yellow jumpsuits. However, the last post on Grimsgaard-Ofstad’s Facebook page, dated Jan. 24, said he had arrived in Idlib, Syria, on his way to Hama. [Source]

The Chinese Ministry of Foreign Affairs later confirmed the news and vowed to “definitely hold the perpetrators accountable.” From Fergus Ryan of the Guardian:

In a brief statement, the foreign ministry expressed deep condolences to the family of the man who was “cruelly killed”, and confirmed his identity for the first time, naming him as Fan Jinghui.

According to the statement, the Chinese government made “all-out efforts to rescue” Fan after learning about his kidnapping.

[…] But despite the official announcement, Chinese censors have stepped up efforts to scrub detailed reports about the murder from Chinese media.

On Thursday morning, “Chinese hostage” was the sixth most searched term on Weibo, China’s Twitter, but evidence from Free Weibo, a website that captures deleted social media posts, shows many posts have been deleted. [Source]

The name of the Chinese hostage killed by ISIS is unsearchable on Weibo now. pic.twitter.com/xCslTCst94

"Chinese hostage" is 6th most searched for term on Weibo right now. I suspect would be #1 if not for censors. pic.twitter.com/edF0ueOX64

Zheping Huang of Quartz later reported that censorship of Fan’s name was eased after the Foreign Ministry announcement, and that netizens were publicly mourning his death online.

It is not yet clear what actions Beijing plans to take in order to hold Fan’s killers accountable. Over the past year, Chinese authorities have distanced themselves from the ongoing conflict in Syria, saying that the U.S. and other Western nations bear primary responsibility for the situation and the resulting humanitarian crisis. The Nanfang’s Charles Liu looks at official media efforts to refocus domestic attention on a recent landslide in Lishui, Zhejiang in the wake of the Paris attacks:

Even though Chinese President Xi Jiping has made an official statement saying that China is devoted to fighting terrorism, and the Oriental Pearl Tower lit up its exterior in the colors of the French flag, the feeling that the Paris terror attacks were stealing attention away from China’s own domestic tragedy have been spreading online.

In a CCTV report about the Lishui landslide that made no mention whatsoever about the Paris terror attacks, netizens used the opportunity to compare the two incidents in much the way that the People’s Daily Online had done. [Source]

For his part, the Dalai Lama offered his own perspective on how to end terrorism in an interview with Deutsche Welle:

The terrorists are short-sighted, and this is one of the causes of rampant suicide bombings. We cannot solve this problem only through prayers. I am a Buddhist and I believe in praying. But humans have created this problem, and now we are asking God to solve it. It is illogical. God would say, solve it yourself because you created it in the first place. [Source]