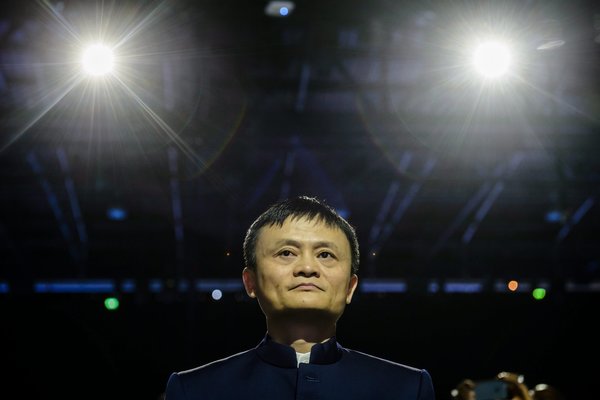 Alibaba said Friday it would purchase the paper and other media assets from SCMP Group Ltd.—controlled by Malaysian tycoon Robert Kuok—for an undisclosed amount. Mr. Tsai said in the letter once the purchase is completed, Alibaba would remove the paywall to make its content free.

The deal marks a push by Alibaba to deepen its reach into the media world beyond its current interest in film assets and domestic Chinese media. Mr. Ma joins Amazon.com founder Jeff Bezos as an Internet entrepreneur who embraced the traditional news media. Mr. Bezos acquired the Washington Post in 2013.

[…] A deal would feed into Alibaba’s overall global growth strategy. Hong Kong is a special administrative region of China that operates with a different political and legal system than other parts of China. The Hong Kong newspaper is also well known in Southeast Asia, where Alibaba is trying to grow. [Source]

Alibaba Group has released a statement regarding the landmark purchase, detailing the full range of media assets included in the acquisition. From South China Morning Post:

Besides the broadsheet, other SCMP titles include the Sunday Morning Post, its digital platforms SCMP.com and related mobile apps, and the two Chinese websites Nanzao.com and Nanzaozhinan.com. The acquisition also includes a portfolio of magazine titles including the Hong Kong editions of Esquire, Elle, Cosmopolitan, The PEAK and Harper’s Bazaar. [Source]

While insisting that it intends to uphold editorial independence, Alibaba has stated that one of its objectives is to offset “biased” portrayals of China by Western media outlets and offer a more positive image of the country to the world. David Barboza at The New York Times reports:

Alibaba said the deal was fueled by a desire to improve China’s image and offer an alternative to the biased lens of Western news media outlets. While Alibaba said the Chinese government had no role in its deal to buy the Hong Kong newspaper, the company’s position aligns closely with that of the Communist Party, which has grown increasingly critical of the way Western news organizations cover China.

Such biases, the company said, influence how investors and others outside China regard Alibaba. The company said its shares, which are listed in New York, were being affected by all the negative reports about China.

“Our business is so rooted in China, and touches so many aspects of the Chinese economy, that when people don’t really understand China and have the wrong perception of China, they also have a lot of misconceptions about Alibaba,” Joseph C. Tsai, Alibaba’s executive vice chairman, said in an interview.

[…] But Mr. Tsai did not offer details about how Alibaba would execute its vision for more positive coverage on China without sacrificing editorial independence, two agendas that are seemingly at odds. He said that more “fair and accurate” articles would translate, over time, into a more positive image of the country. [Source]

Tsai discussed political concerns surrounding the acquisition in a Q&A with South China Morning Post, stating that the paper would pursue a more “objective” and “balanced” angle:

SCMP is known for its objective and independent coverage of greater China. From time to time, our reports are blocked by Beijing. Alibaba is headquartered in the mainland and has extensive business interests in China. Mr Ma himself is well connected with government officials. Are you worried that our coverage of China will become a business liability for Alibaba? How are you going to handle it when there is conflict between editorial independence and the business interests of Alibaba?

We don’t see it that way. There are going to be situations when sensitive topics are being covered. But we think coverage should be objective, balanced and fair. That’s the principle. I don’t think there is anything wrong with seeing things from a certain perspective. Our perspective is this: China is important, China is a rising economy. It is the second-largest economy in the world. People should learn more about China. The coverage about China should be balanced and fair. Today when I see mainstream western news organisations cover China, they cover it through a very particular lens. It is through the lens that China is a communist state and everything kind of follows from that. A lot of journalists working with these western media organisations may not agree with the system of governance in China and that taints their view of coverage. We see things differently, we believe things should be presented as they are. Present facts, tell the truth, and that is the principle that we are going to operate on. [Source]

Mr. Tsai has also penned an open letter to the readers of South China Morning Post outlining the business case behind the purchase. The content of the letter has been scrutinized by Tea Leaf Nation’s Bethany Allen-Ebrahimian and David Wertime, who argue that Tsai’s insistence on “objective” reporting is a potential sign that the paper will start to toe the party line.

At Hong Kong Free Press, Vivienne Zeng looks at why the deal might be politically motivated given the broader political context surrounding the acquisition:

Alibaba’s close ties with the Chinese government make it hard for China watchers to ignore the political connotations of the deal. “I’ll be surprised if there was no tacit understanding or support from Beijing,” Ying Chan, veteran Hong Kong journalist and head of the University of Hong Kong’s Journalism and Media Studies Centre, told local broadcaster RTHK in November.

Former owner Malaysian billionaire Robert Kwok previously denied the deal was political. Kwok told Singapore’s Straits Times before the deal was completed that any sale of the SCMP “would be a business decision.”

However, Francis Moriarty, founding chairman of the Press Freedom Committee at the Foreign Correspondence Club, said this was unlikely a business decision. “There are potential business attractions, but being a media mogul is of little benefit inside China. It is, however, very useful outside China. So any deal appears to me to be more oriented toward Beijing’s outreach efforts than toward Alibaba’s bottom line.” [Source]

Alibaba may see an opportunity to apply its digital sophistication and data-analysis expertise to the Post, to drag it into the social-media age. Mr Ma recently talked about using news media to help promote small business, in turn encouraging such firms to advertise in those news media. He could likewise use those outlets to promote his films and TV shows, which again would be a handy source of advertising.

This optimistic view of Mr Ma’s intentions jostles with a more Machiavellian one. Officials in Beijing have clamped down on mainland news media, while tolerating more openness in the former British colony (albeit through gritted teeth). They would surely be delighted if, as some fear, Mr Ma were buying the paper to silence it, and curry favour with the Party bosses. On this argument, the Post is a last bastion of press freedom, and about to fall.

Mark Natkin of Marbridge, a consulting firm, disagrees. First, he thinks that the ostensible business case for the deal has “reasonable logic”. As Alibaba expands into entertainment and increases its presence in global markets, he thinks it makes sense to take “great leapfrogs” by buying existing media brands instead of starting from scratch—as it did by buying into Mr Cruise’s blockbuster [Mission: Impossible—Rogue Nation]. Second, he argues that many of the Post’s greatest writers and editors have left or been forced out, so its most courageous reporting may well be behind it anyway. [Source]