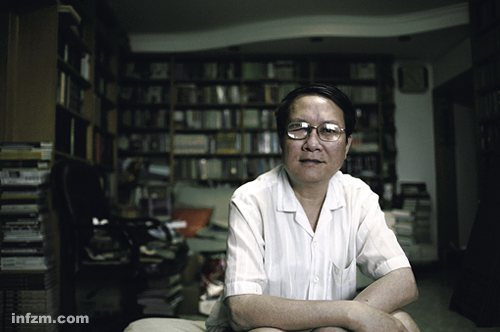 An essay collection by Tsinghua historian Qin Hui has been wiped from virtual bookstores. The essays in “Out of Imperialism” (走出帝制), published in October by Qunyan Press, deal with China’s transition from dynastic rule to the early republican period (1912-1949). Netizens started to notice “Out of Imperialism” had disappeared from Amazon China, Dangdang, and Jingdong around November 28, Cao Guoxing reports for Radio France Internationale.

Qin is an economic historian known for his intellectual independence. His work focuses on late imperial China’s peasantry, but he is outspoken about contemporary rural and urban poor. He has argued that big cities need slums for migrant workers, and that the Chinese economy has benefitted from a “low human rights advantage,” free of unions and other democratic institutions.


Southern Weekly, the liberal media outlet known to push the boundaries of political correctness, ran an interview with Qin on November 30, around the time “Out of Imperialism” was pulled from online bookshelves:

Qin Hui: There’s no relationship. “China standing up” is concerned with China and the outside world. What is related to going “out of imperialism” is “the Chinese people standing up.” This is what excited so many people in 1949 when the regime changed. They opposed the Kuomintang because it was despotic and corrupt, not because it had betrayed China. A lot of people said the KMT was pro-American, but everyone knows that before 1949, Chinese people disliked the U.S. because they disliked the KMT. This just happened to stand in opposition to Wang Jingwei‘s relationship with Japan.

[…] After the Xinhai Revolution, China’s ideal was always democracy and constitutional government. The reason so many liberal intellectuals lost faith in the KMT was because its one-party dictatorship stood in the way of this ideal. Take Wen Yiduo. At first, he was a nationalist, and very supportive of the KMT. During the Xi’an Incident, a group lead by Wen condemned Zheng Xueliang and Yang Hucheng, and called for the country to unite under Chiang Kai-shek’s leadership. Wen later turned against Chiang Kai-shek because Chiang published “China’s Destiny,” which emphasized two points: first, that China must stand up; and second, that in order for China to stand up, it needed centralized power: one political party, one doctrine, one leader. As soon as he read this, Wen became an opponent of the KMT. A lot of people were like this.

So in 1949, when Mao Zedong stood at the Gate of Heavenly Peace and declared that “the Chinese people have stood up,” most ordinary Chinese weren’t thinking about foreign relations, but that from the Xinhai Revolution to this point, democracy had finally won. They didn’t think that 30 years later someone would say “you can’t eat democracy.” If that’s so, what, at first, would have made you happy? [Chinese]

The editors at Southern Weekly protested in 2013 after the paper’s new year editorial advocating the “dream of constitutionalism” was rewritten by censors at the last minute.

“Qin Hui is a conduit for thought,” writes Tsinghua political scientist Liu Yu in her review of “Out of Imperialism”:

Wherever knowledge and conception is seriously blocked, he always “rushes to the scene” to clear the way. While his background is in premodern Chinese history, his legendary powers of knowledge, memory, and analysis carry his “plumbing” work far beyond his discipline. [Chinese]