China’s Great Famine: A Mission to Expose the Truth 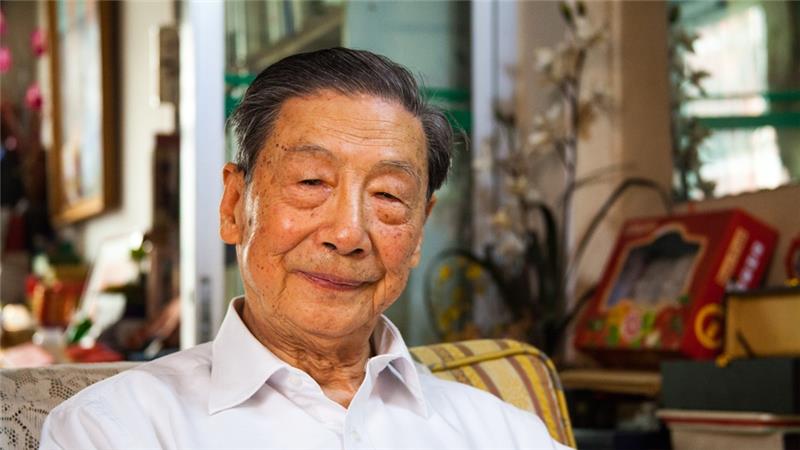 At Al Jazeera, Allison Griner spoke with economist Mao Yushi about China’s Great Famine and his efforts to break the silence surrounding the policy-driven disaster.

For 12 months, Mao would witness, and live through, one of the greatest man-made tragedies of all time. China’s Great Famine claimed millions of lives during a time of peace, and yet, talking about it remains taboo.

That silence always unsettled Mao. He has since made it his “personal responsibility to tell the truth about the Great Famine”. It’s a task that has grown difficult for scholars like him in recent years, since President Xi Jinping came to power.

[…] By his calculations, 36 million people suffered unnatural death during the famine – far more than were killed in battle during the whole of World War II. This number varies greatly depending on whom you ask. Mao readily admits he has detractors, including Li Shengming of the Chinese Academy of Social Sciences. Li has called the statistic an outright “lie”.

Precise numbers are impossible to come by. Early research estimated that 16.5 million had died, but later analyses suggest the death toll could exceed 45 million. Those lives – lost to famine and lost to history, neatly rounded away to the nearest million – have become the focus of Mao’s investigations.

“That is my quest – to answer the questions we don’t always know to ask,” Mao wrote in an editorial for the Washington Post. [Source]

In Mao Yushi’s view, Mao Zedong is “the biggest sinner in Chinese history” due to his disastrous policy mistakes before during the Great Famine. At The New York Times, though, Didi Kirsten Tatlow reports that not all survivors of the famine are critical of Mao Zedong, and some even revere him as a savior:

Despite the horror of those years, like many villagers here, Ms. Yang keeps a large portrait of Mao above the family shrine, along with figurines of the goddess of mercy, Guan Yin, and the 12th-century general Yue Fei, a Henan native.

[…] Historians explain the puzzle of enduring loyalty to Mao by pointing to decades of political indoctrination, and the generally hard times that persisted into the early years of the People’s Republic. Memories of an earlier famine here, in 1942, mingle with the later one, they say.

In political meetings to “remember bitterness and consider sweetness,” the story of the earlier hunger “was repeated over and over again,” said Zhou Xun, a historian at the University of Essex.

“The Great Leap Forward famine was never mentioned,” Ms. Zhou said. “Mao also came into the picture as the new power who ultimately ended the misery. In this way Mao became the new god who oversaw their fortune. In reality, misfortune.” [Source]

Mao Yushi was recently profiled by The Economist, together with his peers Wu Jinglian and Li Yining:

[…] Mr Mao started his career in the railway system, including a spell driving trains, before retraining as an economist in the 1970s. Always on the margins of Chinese academia, he founded the Beijing-based Unirule Institute of Economics in 1993, an independent think-tank (a rarity in China). He champions deregulation and courts controversy in his criticism of Mao Zedong’s disastrous rule. Some diehard Maoists call the softly spoken economist “Mao Yu-shit” online, playing on a homonym of his name.

In Mr Mao’s view it is already too late for the economy. China has too many empty homes and its banks have too much bad debt. “A crisis cannot be averted,” he says. Mr Mao allows himself some optimism, however. The young generation is educated and open-minded. The waste of capital and resources of recent years implies that China still has good potential for growth, if it can operate more efficiently. But he believes that Mr Xi, while espousing reform, is strengthening the state’s economic grip. “He has the power and the determination to fix problems, but in many cases he does not properly understand the problems,” says Mr Mao.

Such unvarnished, open criticism of Mr Xi is rare in China these days. Speaking in the living room of his apartment, its walls stacked high with books and yellowing newspapers, Mr Mao says that his age and experience give him, and the other elderly reformists, a bit of leeway. “If it was someone else speaking, they would probably be arrested. But to me, the government is polite.” If only it would pay more heed to the elders’ advice, too. [Source]