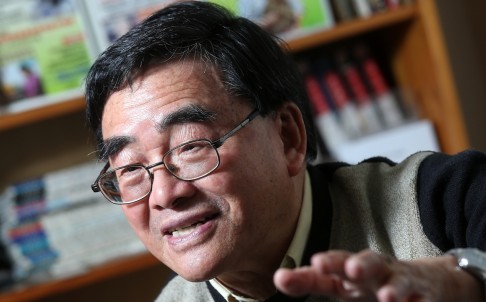 At South China Morning Post, Raquel Carvalho reports that authorities in the special administrative region of Macau have surrendered a number of fugitives to mainland authorities in recent years using extrajudicial means. Two of those extradited are permanent residents of Hong Kong.

Macau’s Court of Final Appeal ruled in 2007 and 2008 that their return to the mainland was illegal and undermined justice in Macau, but apparently no sanctions were imposed upon the agencies involved. The legitimacy of another case was raised by local media in 2015.

As the mystery of how five Hong Kong booksellers ended up “assisting investigations” on the mainland remains murky, fears are growing stronger both in Macau and Hong Kong over the possible use of extrajudicial methods – and the terms of the agreement for surrender of fugitives between the special administrative regions, which have been discussed behind closed doors for two and a half years.

[…] Benny Tai Yiu-ting, associate professor of law at the University of Hong Kong and one of Occupy Central’s original leaders, said that there were reasons for “grave concern” and that the Hong Kong government “can provide no meaningful guarantee” against the extra-judicial removal of anyone who were to be handed over to Macau.

In local lawyer Michael Vidler’s opinion: “The jurisdictional integrity of Hong Kong and Macau as well as the rule of law in both jurisdictions are both seriously degraded by these extrajudicial kidnappings.” [Source]

Also at South China Morning Post last week, veteran publisher of books on China and chief editor of Open Magazine Jin Zhong discussed the disappearance of Hong Kong bookseller Lee Bo and the Causeway Bay Books associates. Jin sees the case as a warning from the Chinese government and a manifestation of the inherent tension of the “one country, two systems” principle. Oliver Chou reports:

“I think it’s a mission impossible because the source of these so-called banned books is people’s desire for information. Even party members have that desire for what’s going on. So as long as the state regime stays non-transparent, there is always a market for illegal publications.”

The disappearance of Lee and his associates is a signal for Hong Kong people that they “should know what to do”, he says, using a Cantonese expression, shek tzso.

“I think Beijing only wants to control Hong Kong, and has no intention to kill it, or the ‘one country, two systems’ principle behind it. Otherwise it wouldn’t be necessary to get Lee Po to write all these ‘I’m well’ messages.”

Despite the shaken confidence in the city’s “second system” after the alleged abduction of Hongkonger Lee onto the mainland, Jin believes the overall framework will remain unchanged.

“But tension will continue and at times erupt throughout the 50 years of no change promised by Deng Xiaoping in his ‘one country, two systems’ design,” he says. [Source]

Earlier this month, British Foreign Secretary Philip Hammond called the abduction of Lee Bo by Chinese officials a “serious breach” of the 1984 Sino-British Joint Declaration. The detentions were also among those criticized by U.N. High Commissioner for Human Rights Zeid Ra’ad Al Hussein last week in a statement rejected by the Chinese delegation as “irresponsible comments in disregard of facts.”