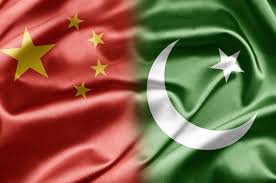 China and Pakistan have enjoyed close diplomatic relations since the two modern nations’ early days. Chinese leaders have been known to refer to Pakistan as an “all-weather friend,” and in 2014 Pakistani Prime Minister Nawaz called the friendship with China “sweeter than the sweetest honey.” More recently, in an interview with The New York Times, leading Chinese foreign policy analyst Yan Xuetong referred to the South Asian nation as China’s only real ally. Xi Jinping last year signed a $46 billion deal with Pakistan on energy and infrastructure projects that would closely link the economies of the two countries. The deal laid ground for the China-Pakistan Economic Corridor (CPEC), itself the planned link between the Maritime Silk Road and the Silk Road Economic Belt (known collectively as the One Belt, One Road initiative), and part of Beijing’s grand strategy for enhancing economic and security interaction in Central Asia and the Middle East. At the center of CPEC is the planned development of Gwadar, a port city in the long-troubled region of Balochistan, into a bustling hub for international trade. At The Guardian, Jon Boone and Kiyya Baloch report on the region, on skepticism that the ambitious trade route could ever be viable in such a violence-prone area, and on the contempt that the deal between Islamabad and Beijing is stirring up among locals:

“This is all being done for China, not the people,” said Elahi Bakhsh, a fisherman bewildered by the plans to turn Gwadar into China’s deepwater access point to the Arabian Sea.

[…] It was Dubai, not Shenzhen, that was being touted as the model for Gwadar’s future 10 years ago. But that initiative only succeeded in ruining countless property speculators. Officials say things are different this time because of the China-Pakistan economic corridor (CPEC), a project announced last year with pledges from Beijing of $46bn (£32bn) in investment loans.

It will help pay for the expansion of Gwadar’s currently unused deepwater port and the construction of a road network the exact route of which is subject to hot inter-provincial controversy that will connect the port to the Chinese border 1,800km to the north amid Himalayan peaks [theoretically connecting exporters in Xinjiang, where Beijing faces ethnic unrest similar to that in Balochistan, to international markets via the Arabian Sea].

[…] In practice sceptics wonder whether trucking goods over one of the world’s highest mountain ranges will ever be cheaper than existing sea routes. They suspect China is more interested in Gwadar as a potential naval base near the oil supplies of the Gulf.

Ensuring security on long stretches of road in a province wracked by a persistent, low-level insurgency is the biggest challenge to CPEC. Fear of being outnumbered by outsiders from the rest of Pakistan is fuelling a violent rebellion in Balochistan. […] [Source]

As The Guardian article continues to explain, the CPEC project is a primary target amid the ongoing insurgency in Balochistan, with regional separatists viewing the project as a direct threat to the Baloch people. The Diplomat’s Shannon Tiezzi reports on special security measures pledged by Islamabad to protect Chinese workers in the region:

Pakistan plans to create a “special force” of 10,000 troops to protect Chinese workers and industries along the China-Pakistan Economic Corridor (CPEC), a Pakistani minister said on Wednesday. Pakistan’s Minister of State for Foreign Affairs Syed Tariq Fatemi made the announcement in Beijing, where he held talks with Chinese officials (including State Councilor Yang Jiechi).

According to People’s Daily, Fatemi said that Pakistan has decided to create a special force of “highly trained military people” whose “task will be to provide the necessary safety and security of Chinese working in Pakistan and the Chinese companies and industries set up there.” He added that the new force “will be specially equipped and will have special organizations in concerned ministries backing them.”

Fatemi said the decision reflects Islamabad’s strong commitment to the CPEC project. He also said that the Pakistani government would take additional security steps as needed, based on regular discussions with China. [Source]

At Reuters, Gul Yousufzai reports on recent suicide attacks, claimed by the Pakistani Taliban, along the planned CPEC route:

At least nine people were killed and 35 wounded when a suicide bomber blew himself up near a military convoy in Pakistan’s western city of Quetta on Saturday [February 6], police and hospital officials said.

Pakistani Taliban spokesman Muhammad Khurasani told Reuters that the group, also known as the TTP, was responsible for the attack in the capital of the province of Baluchistan.

The bombing was the latest in a region which is home to the planned route of a $46 billion China-Pakistan economic corridor.

[…] Rich in resources, Baluchistan is at the heart of the multi-billion-dollar energy and infrastructure projects which China and Pakistan are planning along a corridor stretching from the Arabian Sea to China’s Xinjiang region.

The province, the poorest and least developed in Pakistan, has seen nearly a decade of separatist violence against the government and non-Baluch ethnic groups. [Source]

The Baloch Republican Party, a separatist group, recently stressed its opposition to CPEC, claiming that the money Beijing provides Pakistan helps fund the abuse of the Baloch people. At the International Business Times, Ludovica Laccino reports:

The separatist group Baloch Republican Party (BRP) has stressed that it opposes an economic agreement between Pakistan and China, arguing it would undermine the development of the indigenous population in Balochistan, a province in south western Pakistan. Speaking to IBTimes UK, Ashraf Sherjan, a member of the BRP in Germany, alleged that the China-Pakistan Economic Corridor (CPEC) aims to use the province’s resources that belong to locals.

“Pakistan’s deal with China over Baloch resources have put the Baloch people in a tense situation and military operations, abduction and killings have accelerated,” he alleged.

[…] Mansoor Baloch, president of the BRP UK chapter, also alleged that the deal means both Pakistan and China would use Baloch resources. “Pakistan takes all the money from China and spends it to kill Balcoh people because they want independence,” he alleged. “China built the Gwadar port, but Pakistan brought all workers from Punjab while Baloch remain jobless,” he continued. “BRP has held so many protests against the Pak-China corridor across Europe.” […] [Source]