Word of the Week: Society-sick-me-medicine 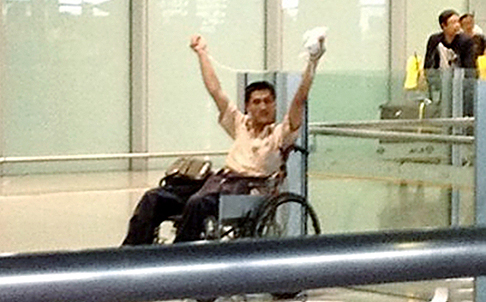 Short for “if society is sick, why do I have to take medicine?” (shèhuì shēngbìng le, wèishénme ràng wǒ chī yào 社会生病了，为什么让我吃药), a lament for individuals pushed to violence by China’s social ills.

In sensational cases of arson or murder, netizens have at times sympathized with the perpetrator. Netizens blame the “system” (tǐzhì 体制)—endemic social injustice and inequality—for forcing these individuals to commit their crimes. The “system” then exacts punishment from these individuals, leaving itself free to find its next victim.

The Baidu Baike entry for “society-sick-me-medicine” cites the 2013 “Beijing airport bombing” as one of several cases illustrating how one person was given the medicine for society’s sickness. After allegedly being beaten by the police in 2005, Ji Zhongxing spent years petitioning for compensation. Frustrated in his efforts, the wheelchair-bound Ji set off a homemade explosive at the Beijing Capital International Airport on July 20, 2013. Although only Ji was injured in the blast, he was sentenced to six years in prison in October 2013. The sentence prompted sympathy and anger from Ji’s lawyer and supporters, who asked why Ji’s attackers had never been brought to justice.

“Society-sick-me-medicine” is among a long list of “negative political terms” that journalists should avoid, as instructed in a leaked propaganda directive from January 2, 2016.

Tags :compensation,petitioners,word of the week