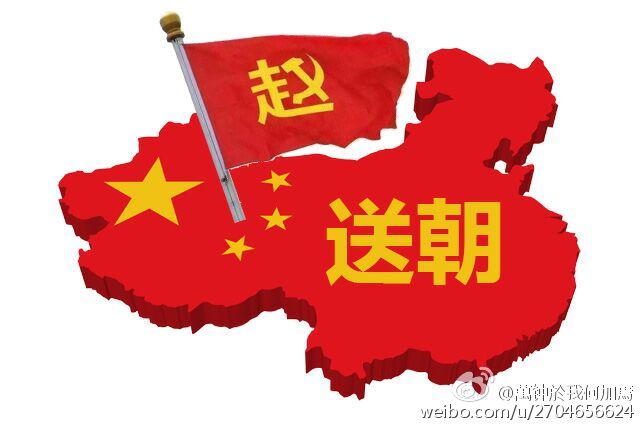 All editors and reporters are kindly asked to take care not to use such negative political terms as “Zhao in spirit,” “Honorable Zhao,” “Zhao family member,” “King Zhao,” “your country,” “your party,” “toad worship,” “toad fan,” “my toad,” “keep the toad, destroy the bun,” “Honorable China,” “Explosive Prize,” “China pig,” “Celestial Empire,” “Honorable China pill,” “society-sick-me-medicine,” “big spender,” “your daddy,” “Breathe Spirit-Bottle,” “Tricky Too-Big”  (carelessly altered titles for leaders) etc. (this list is incomplete) on Weibo, WeChat, and other public platforms. May we stress that there are already relevant media personnel who have used these terms publicly, creating a negative influence, and who have been correspondingly disciplined. (This message is for internal use only. Be sure not to let it circulate.) (January 2, 2016) [Chinese]

The puns and nicknames now forbidden to the media fall into roughly five categories. The terms listed in the directive are sorted and listed below, with notes on whether they are blocked from Weibo search results as of this post:

Extrapolated from a character in Lu Xun’s novella “The True Story of Ah Q,” a “Zhao family member” is a political elite, someone with which the less-connected strive to curry favor. While netizens have been mocking the “Zhaos” for some time, momentum has built since December, writes The New York Times’ Kiki Zhao (no relation to the fictional Zhao):

The phrase attracted broad attention after an article titled “Barbarians at the Gate, Zhao Family Inside” began circulating online. The article, published anonymously, describes the recent attempts by China Vanke Company, a real estate developer, to fend off a hostile takeover bid by Baoneng, a property and insurance conglomerate and Vanke’s largest shareholder.

Vanke suspended trading in its shares on Dec. 18, saying it wanted to restructure its assets. The move was widely seen as an effort to reduce Baoneng’s shares and thwart a takeover. Wang Shi, Vanke’s chairman, referred to Baoneng as “barbarians,” and Vanke welcomed moves by another shareholder, Anbang Insurance, to increase its shares.

While the “barbarians” in the article’s title refers to Baoneng, “Zhao family” refers to Anbang, as a signal that the company has backing from Communist Party elites. Anbang’s chairman, Wu Xiaohui, married the granddaughter of the Chinese leader Deng Xiaoping. The company lists Chen Xiaolu, a son of the revolutionary military commander Chen Yi, on its board. [Source]

China is commonly referred to as “my country” (我国). Calling it your country (你国) underscores the speaker’s disenfranchisement. So, too, does “my party” (我党)—the Chinese Communist Party—become your party (你党). Both terms are searchable on Weibo.

Former president Jiang Zemin is known to Chinese netizens as the “toad,” a term of teasing endearment that refers both to his amphibian appearance and his quirky behavior. In October 2015, Amy Qin explained the phenomenon of “toad worship culture” in The New York Times:

References to zhangzhe (长者) or “elder,” as Mr. Jiang is called by his acolytes, are popping up on WeChat, the popular messaging app; Weibo, the microblog platform; and Zhihu, a question-and-answer site similar to Quora. Hasi (蛤丝), or “fans of the toad,” who once ridiculed Mr. Jiang’s crotchety ways and sartorial choices avidly discuss what they now see as endearing idiosyncrasies.

[…]“ ‘Toad worship culture’ is not just a kind of worship, it’s also satire,” said Magasa, a Chinese film critic and a self-described hasi. “But the feelings behind it are complex. It’s half-real and half-fake. It’s sarcasm, but it’s also a reflection of people’s nostalgia for the past and dissatisfaction with the current situation.”

[…]“Toad worship culture” emerged late last year with the creation of a public WeChat channel titled “Seminar on the Selected Essays of Jiang.” The essays were written in academic-sounding language and appeared well researched, delving into topics like Mr. Jiang’s rumored mistress and his love for playing musical instruments. The anonymous author also wrote about more serious issues, drawing a connection, for example, between leaders’ education levels and China’s overall cultural climate.[Source]

In July 2014, Jiang’s signature glasses were added to photos of an inflatable yellow toad in Beijing. Websites were soon after instructed to “delete all online image of the ‘Yuyuantan inflatable toad’ and related commentary.” Last August, when Jiang appeared at the Victory Day military parade in Beijing, self described “toad fans” (蛤丝) began to wish the former president a long life in effort to subtly express discontent with the Xi administration; several of the phrases used became sensitive on Weibo.

Toad worship (膜蛤) is blocked on Weibo. So too is the phrase keep the toad, destroy the bun (续蛤灭包), alluding to earlier rumors of Jiang’s demise and to his favorable image in comparison with Xi Jinping, whose appearance at a steamed bun shop in 2013 met with both fanfare and ridicule. Toad fan (蛤丝) and my toad (我蛤) are still searchable.

Indignation at the government and despair for China’s future can be couched in literary references. For instance, an “honorable China pill” (贵支药丸) is actually a riff on a line from Lao She’s 1957 play “Teahouse,” “The Great Qing is done for” (大清要完). The quotation is obscured by writing “done for” (yào wán 要完) as “pill” (yàowán 药丸), and by referring to China using the first character in the obsolete country name Shina (Zhīnà 支那), considered derogatory because of its use by Japan during World War II.

President Xi Jinping has cultivated an avuncular public image, appearing as a cheerful cartoon character and starring in amateur music videos. Xi is known in the state media as Xí Dàda (习大大), meaning both “Daddy Xi” and “Uncle Xi” in the Shaanxi dialect of Mandarin. These efforts haven’t been enough to keep the snark at bay. On the media blacklist, but still searchable on Weibo, is your daddy (你大大), a title which combines the distance of the second person possessive with this term of endearment. Blocked on Weibo is a further variation on the “daddy” theme and the characters in Xi’s name, Tricky Too-Big (刁太大). Breathe Spirit-Bottle (吸精瓶), a nonsense word that sounds like Xi’s name, is stills searchable.

Two terms listed in the directive stand outside of these categories. The Nobel Prize is also known Explosive Prize (炸药奖), both because of the prize’s namesake, who invented dynamite, and the backlash against prizewinners who were formerly Chinese citizens, or who are citizens the CCP would rather the public forget.

The strange saying society-sick-me-medicine (社病我药) is an abbreviation for the imagined lament of individuals pushed to violence or suicide by circumstance: “If society is sick, why are you making me take medicine?”