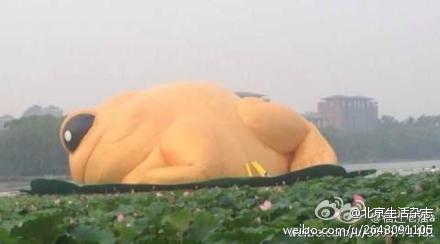 Delete all online images of the “Yuyuantan inflatable toad” and related commentary. (July 23, 2014)

Netizens compared the 72-foot installation in a Beijing park to Jiang Zemin, who is mockingly called “The Toad.” Xinhua and Sina soon removed reports on the toad, and even innocuous weibo began to disappear.
CDT collects directives from a variety of sources and checks them against official Chinese media reports to confirm their implementation.