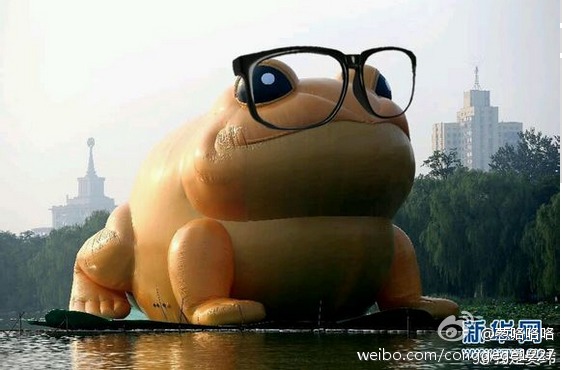 As soon as the connection was made, Xinhua and Sina deleted their stories about the giant toad. Related keywords do not seem to have been blocked on Weibo search, but a number of posts about the toad have been filtered, as FreeWeibo has documented.

Jiang Zemin is often called “The Toad” for his resemblance to the broad-faced amphibian. But even posts that make no reference to Jiang are being blocked.

A selection of deleted posts, archived by FreeWeibo and translated by CDT:

葱咯咯咯: On NetEase this morning I read that there’s a big inflatable toad in Beijing park. Everyone who commented on the news seemed to all know what’s up, but they wouldn’t say. Until I found this picture on [Baidu] Tieba… 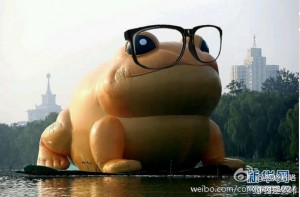 DC胖兔子: The inflatable toad in Beijing’s Yuyuantan Park is 22 meters tall. No wonder netizens say the toad got fat. He’s even bigger than the tiger. 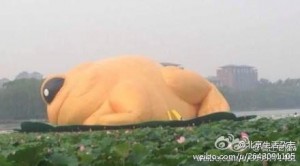 胡媛: Aerial view of the big toad. I just want to say that this city’s taste is incorrigible… 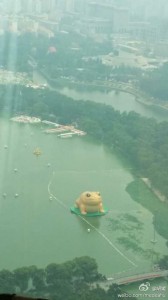 The inspiration for the toad attracted censors last year as well, when netizens edited the giant rubber duck into the famous “tank man” photo.