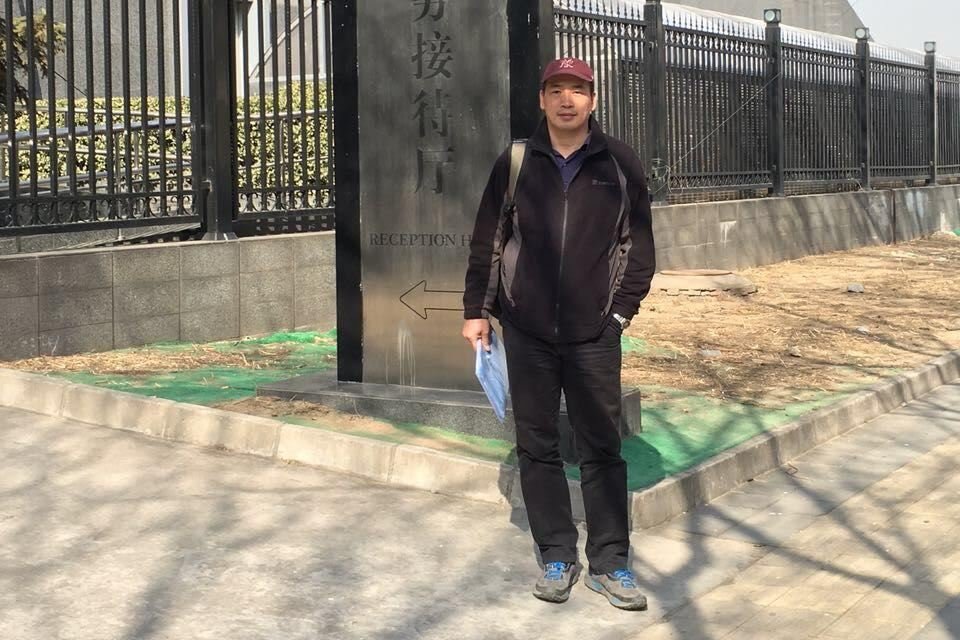 Since July of last year, Chinese authorities have detained or questioned more than 300 lawyers and activists in a countrywide operation that began with a raid on the Beijing Fengrui law firm. The so-called “Black Friday” round-up is part of a broader crackdown on the country’s civil society and legal profession. Several of those detained have been formally charged and some have been paraded on state television for alleged confessions. But at The New York Times, Edward Wong reports that rights lawyer Chen Taihe, who was detained during last year’s crackdown, has been released by Chinese authorities and authorized to reunite with his family in San Leandro, California.

The lawyer, Chen Taihe, 45, joined his wife and children in San Leandro, Calif., on March 1, according to John Kamm, the founder of the Dui Hua Foundation, a group based in San Francisco that works to free political prisoners in China.

Mr. Chen was detained last July in Guilin, in the southern Chinese province of Guangxi, as part of a crackdown that month in which more than 200 rights lawyers and their associates were held. Mr. Chen’s pregnant wife and son, now 8, fled to the United States soon after. The second child, a son now 6 weeks old, was born in the United States.

Mr. Chen’s case was rare in that the authorities released a political prisoner after a lengthy detention and allowed him to leave the country. In recent years, during a broad crackdown on civil society, Chinese officials have detained many rights advocates, sometimes pressing criminal charges. [Source]

“I am grateful to the Guilin police for dropping the charges against me and allowing me to be reunited with my family in the United States. I would also like to thank my American friends who helped make this possible.

I sincerely hope that the Chinese government will also show clemency to those lawyers and citizens who have been arrested for subversion and inciting subversion.

I intend to resume my work promoting the adoption of the jury system in China, and look forward to the day when China is a free country that respects individual rights and the rule of law.

A society based on dialogue is superior to a society based on conflict. I hope that China will tolerate more dissenting opinions, to the mutual benefit of the government and the people it governs.” [Source]

Chen’s treatment does not seem likely to signal a softening towards those still detained. Amnesty International’s China Researcher Patrick Poon posted on Twitter, for example, that the mother of 24-year-old legal assistant Zhao Wei has been warned not to seek legal counsel or sign petitions. Zhao is among those facing subversion charges following the “Black Friday” incident.

A group of lawyers and relatives of detained legal activists have co-authored a request to the National People’s Congress to form a special committee to inquire into last July’s crackdown on rights lawyers. From China Change:

[…W]e as citizens of the People’s Republic of China and direct victims of this incident hereby make the following solemn requests:

The detention of rights lawyers and legal activists may exert a “chilling effect” that could deter China’s next generation of aspiring lawyers from practicing human rights law, Benjamin Parkin at Al Jazeera reported late last month:

China is currently in the midst of what many describe as the most severe wave of detentions of human rights lawyers and activists since the Tiananmen Square uprising of 1989.

[…] “The Communist party wants a chilling effect, and for many people it will have a chilling effect for a period of time,” said Teng Biao, a veteran human rights lawyer who is now a visiting scholar at Harvard University.

[…] A new generation of rights lawyers, imbued with the values of constitutionalism and the rule of law, poses a threat to the party’s power, said Terry Halliday, a research professor at the American Bar Foundation. “It is determined to strike deep fear into young activist lawyers to keep them away from this area of legal practice,” he added.

“Being a human rights lawyer is like a flying moth darting into the fire,” explained 22-year-old Fan Yujie, a law senior at the China University of Political Science and Law in Beijing, using a Chinese saying about fighting a doomed cause.

“In my heart, I have the passion, but I don’t think I’ll do it in the future.” [Source]