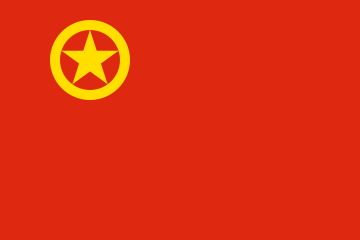 In recent weeks, a number of individuals have forcefully spoken out against the tightening climate for journalists, activists, lawyers, and others whose work may challenge authorities. Prominent journalists and bloggers have criticized increasing controls over the media and political demands for ideological conformity. An open letter, signed only by “loyal Communist Party members,” called on Xi to step down and threatened his physical safety, and has unleashed an official investigation that has led to the detention of family members of dissidents and writers. These increasingly audacious public challenges to Xi Jinping’s governing style have raised questions over the stability of the current government and Xi’s ability to effectively rule China.

In another recent salvo targeting the Communist Party, prominent Peking University law professor He Weifang publicly criticized the powerful Communist Youth League (CYL) and questioned its status as a publicly funded organization. His comments echoed those of real estate tycoon and blogger Ren Zhiqiang, who was kicked off of social media platforms in China after questioning why the media was asked to serve the Party and not the taxpayers who fund it. From He’s Weibo post:

He’s post was subsequently deleted. Wang Yinchuan, secretary of the Communist Youth League committee in Chanwan Township, Ningde, Fujian, responded to He with an open letter declaring that information about the CYL funds are publicly available. He then went on to attack He personally, accusing him of being a spy for the U.S. and of spreading rumors on Weibo.

He Weifang’s comments about the CYL struck a chord with many followers online. Within three hours of being published, his post had been forwarded and commented on almost 6,000 times and received more than 5,000 “likes.” The Communist Youth League has long been viewed as a training ground for the nation’s top leaders, with current Premier Li Keqiang, Vice President Li Yuanchao, and Guangdong Party chief Hu Chunhua all holding positions there before rising to national prominence, though it has also recently been targeted for its “aristocratic tendencies.” Under Xi Jinping, the group has taken on a role of guiding the work of online public opinion, especially among college students. Last year, a CYL initiative aimed to train 10.5 million volunteers, many of them college students, to spread “positive energy online.” Their responsibilities would include, “encouraging and directing Internet users, especially the mass of young Internet users, to post online comments in a healthy, positive, optimistic, and friendly manner, striving to create a bright Internet public opinion atmosphere.”

An influential public intellectual who is active on Weibo, He Weifang closed his Weibo account in 2013 during a government crackdown on “Big Vs,” the most popular users of Weibo, when he had over a million followers. He has since reopened his account and currently has close to two million followers. After signing the Charter 08 document which called for political reform and was launched by imprisoned Nobel laureate Liu Xiaobo, He was reassigned for two years to a small provincial university in Xinjiang. He has since continued to speak up against demands for tighter ideological controls and a ban on teaching of “Western values” at China’s universities.

In The Washington Post, Simon Denyer looks at the recent rise in public opposition to Xi’s policies to ask what they may signal for China’s political future:

The question is what all this grumbling portends. Xi appears to have consolidated power significantly and elevated his own supporters during the past three years, and the chances of his not being returned for a second five-year term in 2017 remain extremely slim. But the composition of the Politburo’s Standing Committee after 2017 will be closely examined to see how much power rival factions have retained.

Rumors of coup plots occasionally circulate in Beijing, but experts say the most obvious internal challenge to Xi’s power appeared to have been crushed when former security chief Zhou Yongkang and Chongqing party boss Bo Xilai were jailed for corruption in 2015 and 2013, respectively.

Although independent polling is impossible in China, every indication suggests Xi remains popular with the Chinese people. The party wanted a strong leader in 2013 to confront the nation’s mounting problems, and even if Xi has taken things too far, there is no hint yet of any change in course. [Source]

But other observers take a more pessimistic view. Notably, veteran China watcher David Shambaugh last year indicated his belief that Communist Party rule in China was facing its “endgame,” though he declined to give an exact timeline for its demise. He has expanded on that idea in a recent book, “China’s Future,” which Jeffrey Wasserstrom reviews for The Wall Street Journal:

The author likens Mr. Xi to a driver approaching a roundabout. Will he continue on the Hard Authoritarian road? Turn off in a Soft Authoritarian direction, loosening controls in the manner of two earlier periods (the 1980s and 1992 to 2007)? Exit along a “Neo-Totalitarian” route that would take China back to where it was when Mao ruled (1949-76)? Or choose a “Semi-Democratic” path, moving China toward becoming a supersize Singapore, with an electoral system but one that favors a single party and a public sphere that is not quite like those found in either fully authoritarian or fully democratic states? Mr. Shambaugh sees little chance of Mr. Xi steering the country toward democracy.

The Soft Authoritarian and Semi-Democratic routes would best serve the party’s own interest as well as those of the Chinese people, Mr. Shambaugh says, but he does not think that Mr. Xi will realize this. He fears a Neo-Totalitarian turn but does not expect that to happen. Most likely, Mr. Xi will stay the Hard Authoritarian course, imagining that doing so will ensure stability. [Source]

The Economist continues this line of thought in its own review, which also discusses the role public discontent could play in the potential “crackup” of the Communist Party:

Looking forward, the author declares that China now faces a choice: reform or die. Ultimately, he reckons, it will stick to its current course of “hard authoritarianism”, corroding the party’s ability to govern, constraining economic progress and stifling innovation. He does well to disentangle which aspects of China’s predicament are distinct. All societies face a “revolution of rising expectations” as they get richer, he notes, but for autocratic governments like China’s, these pose an existential threat.

In the end, Mr Shambaugh cannot decide whether the coming crackup will be led by the party or the people. Early in the book he notes that the major determinant of China’s future lies with its leadership and their choices. The party, in other words, commands its own destiny. But he also lists a catalogue of credible threats from within society, including tensions over pensions, health care and the environment: “At some point, some—or several—of the elements…will ‘snap’,” he reckons. Hong Kong, Tibet and the far western province of Xinjiang are all tinderboxes, with the fuses already burning. [Source]