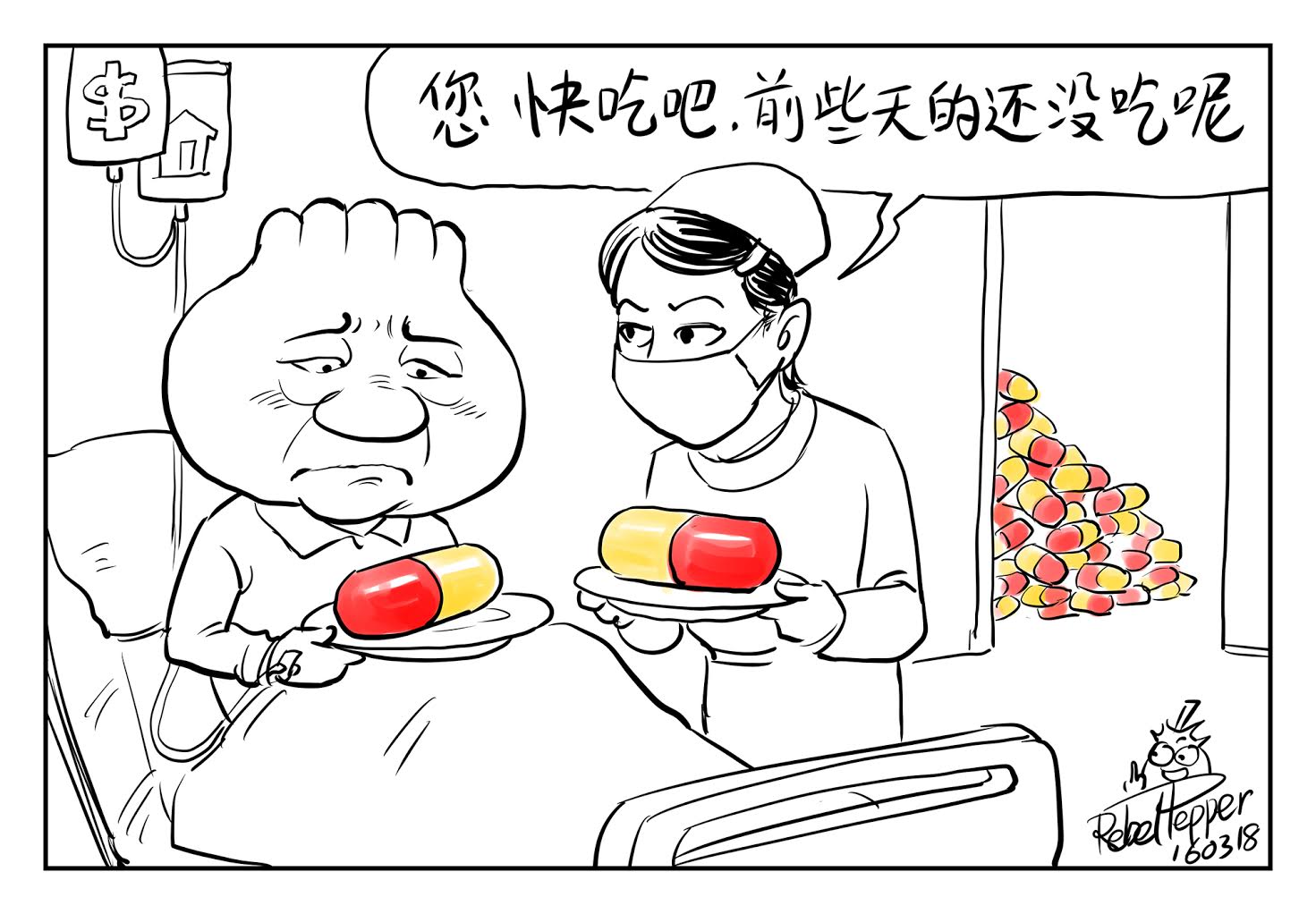 In Rebel Pepper’s latest drawing, he alludes to the word for “pill” (yàowán 药丸) which sounds the same as “done for” or “finished” (yào wán 要完). In his drawing, a nurse is giving Xi his meds, saying, “Quick, take it. In the past few days, you haven’t taken any.” 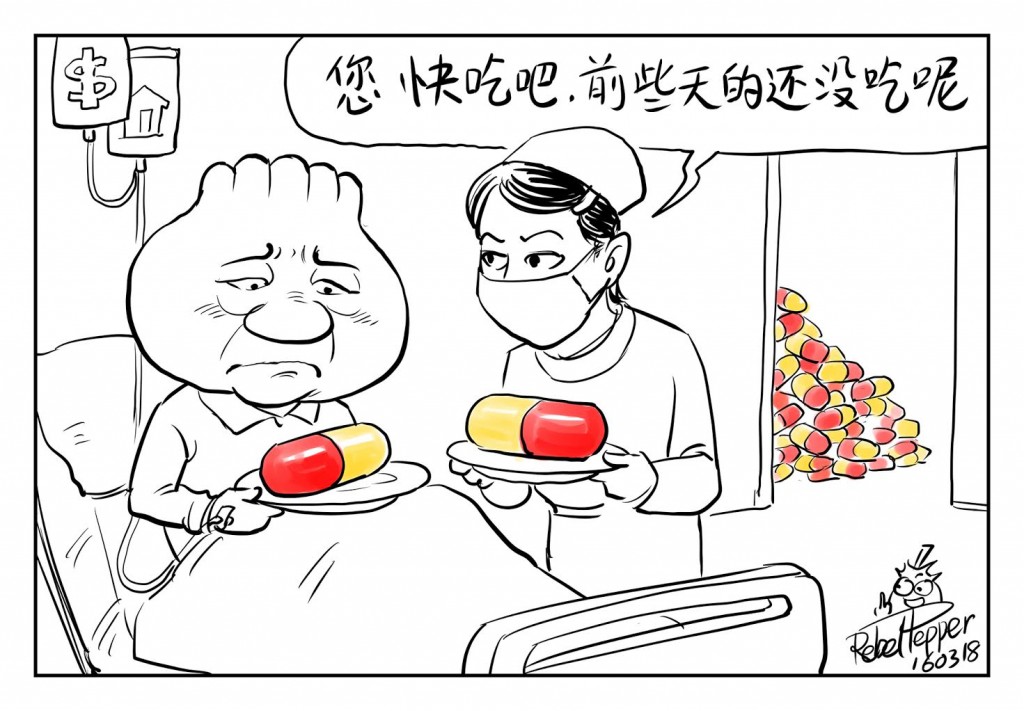 The phrase “pill” is used by netizens as a riff on a line from Lao She’s 1957 play “Teahouse,” “The Great Qing is done for” (Dà Qīng yào wán 大清要完). It expresses indignation at the government and despair for China’s future. According to Rebel Pepper, in response to frightening or troubling news about China, netizens often respond, “This is today’s pill” (这是今天的?), implying that this signifies the end of China as they know it. In Rebel Pepper’s drawing, Xi can’t bring himself to take the pill and face his own doomed political future. In addition, the phrase “You should take your medicine” is often used in colloquial Chinese to indicate someone is not making sense.

The artist uses his characteristic depiction of Xi as a baozi, playing on the nickname “Steamed Bun Xi.” The IV above Xi’s bed is pumping money into his veins.

See more by and about Rebel Pepper via CDT.